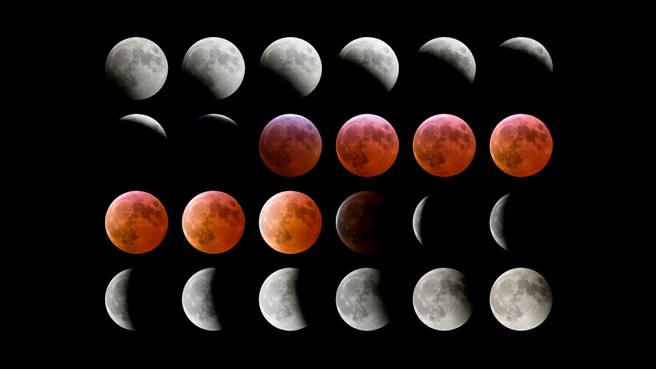 Tonight the longest lunar eclipse of the century can be seen from Lanzarote. From 20.24 hours the satellite will be aligned with the Earth and the Sun, and will be just inside the shadow of our planet. It is the phenomenon known as  total lunar eclipse  with the particularity that it will acquire a reddish color that gives it the name of “Moon of Blood”.

The lunar phenomenon will last a total of almost four hours and will coincide with a full moon , the total phase will last 1 hour and 43 minutes and it will be able to witness the whole from a good part of Asia and Africa. From European countries the eclipse will have already begun when the Moon appears on the horizon and from a good part of the Iberian Peninsula the total eclipse will be just starting when the Moon rises over the horizon, a moment that promises to be unique and the most photographed of the day .

From Lanzarote it is recommended that you look for a high place and to look towards the southeast horizon and be able to witness it in its splendor. You do not need gadgets to see it, although some binoculars or telecospio help you not to lose detail.

The  lunar eclipse  occurs when there is an  almost perfect alignment between the Sun, the Earth and the Moon , when our planet projects its shadow over the satellite when it is in the phase of a full Moon. However, it does not disappear from sight, but instead turns red. The key time will be at 20.30.

This magical moment occurs due to the filtration of sunlight through the Earth’s atmosphere towards the surface of the Moon, eliminating its blue components and allowing only red light to pass through.

The eclipse of the Moon will not come alone. Mars  will be in opposition in relation to the Earth and the Sun, so it will be very visible tonight.