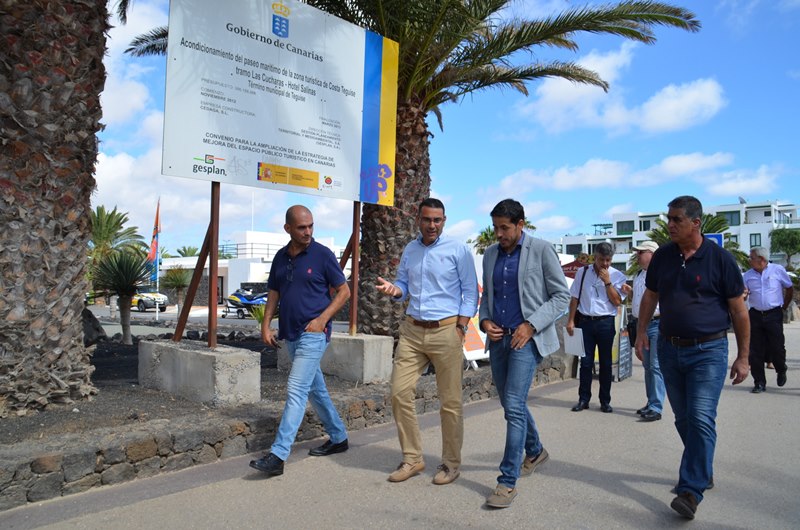 This Monday with the start of the new political legislature will also begin the defendant works of the avenue of Las Cucharas in Costa Teguise with an investment of 1.6 million euros by the Government of the Canary Islands, as confirmed yesterday by the mayor of Teguise Oswaldo Betancort in Lancelot Television.

A work that will last a year and will be done in four phases and that will extend from the area of ​​the Salinas hotel to the dock that is in the Playa de las Cucharas , providing this area with a better pavement for the enjoyment of pedestrians. The first will be from Salinas to La Pesquera; the second from Pesquera to La Ola; from here to Barceló and ends at the pier.

This work has more than five years of traffic jam because the company awarded the execution of the project did not comply with the agreements established in the specifications and the City of Teguise did not receive the work. Later on, the tender was withdrawn again but the two insolvency companies resigned from the work, having to start the procedure again until now.

This project will not only improve the pavement, but also include lookouts, urban picnic areas, children’s areas and sports circuits, among other equipment. The 12,000 square meters currently paved will be intervened as well as the landscaped spaces in which maintenance, pruning and incorporation of new plant elements will be carried out. It will also promote an increase of around 1,000 square meters of new public areas, as well as a system of wooden platforms to improve accessibility, comfort and use of the rocky coastline.