Maritime procession of the Virgen del Carmen in Valterra was lived 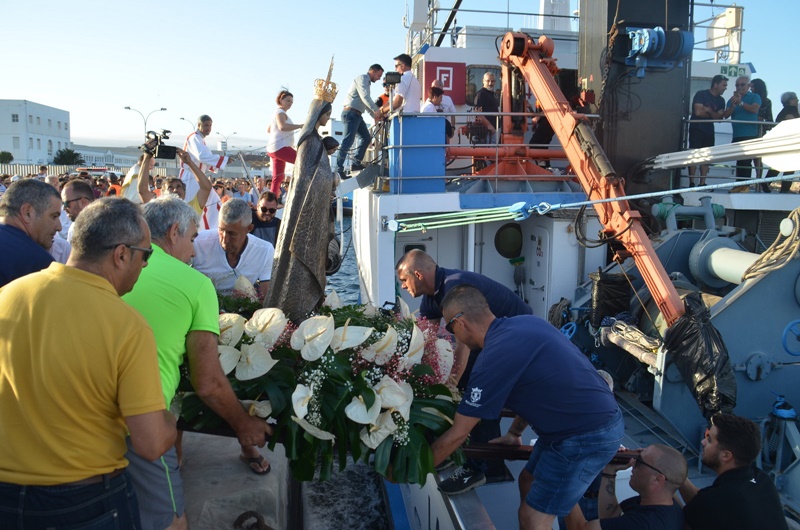 The sailor neighborhood of Valterra lived this Sunday its maritime procession in honor of the Virgen del Carmen after several weeks of festivities.

Hundreds of neighbors joined together to walk around the marina of Arrecife to the patron saint of the sailors who first celebrated her Eucharist, as usual in the Insular Hospital, where the sick people of the center also attended. The patron saint of the sailors toured the waters of the port of Naos and the bay of Arrecife in a boat, which was also raised the mayor of Arrecife, Astrid Perez, among other civil and religious authorities.

This 2019 has a special significance for the district of Valterra its parties. The four decades of the construction of the building of the 80 homes for people of the sea that joined the group of 200 homes, promoted at the end of the 50s of the 20th century, giving rise to the birth of Valterra as a neighborhood of marine origin. Last year Valterra commemorated the 40th anniversary of the construction of the church in his neighborhood, dedicated to the dedication of the Virgen del Carmen, a temple that was promoted by the former parish priest of this nucleus of Arrecife, Mr. Pedro Armas Rodríguez.

It should be noted that the residents, grouped in its Festival Committee, have collaborated closely with the Celebration Area of ​​the City Hall, for the organization of the programming of activities.