Lanzarote fights in London to not lose British tourism 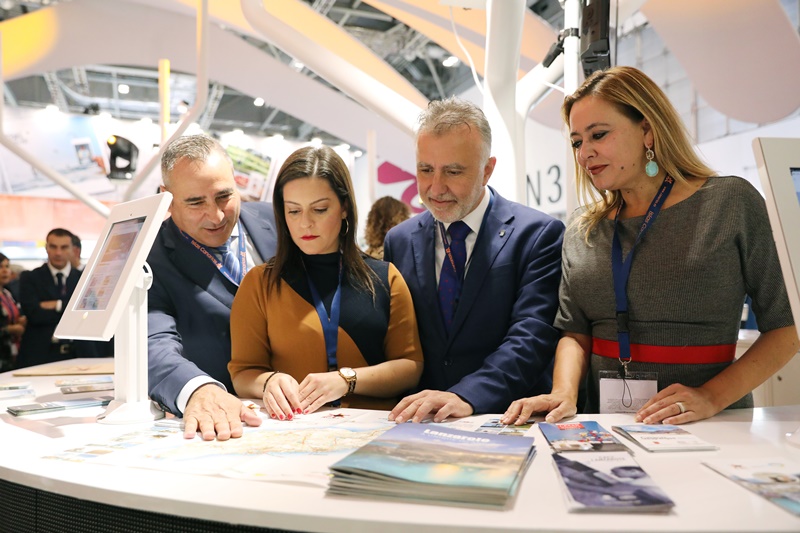 ” Consolidate the current volume of British tourists who choose Lanzarote and continue betting on a strategy that prioritizes quality tourism”, through an agenda composed of more than 20 professional meetings with tour operators, airlines and OTAs (online travel agencies) , is what the Cabildo de Lanzarote has proposed during the 40th edition of the World Travel Market 2019 in London, which starts today, Monday, November 4. 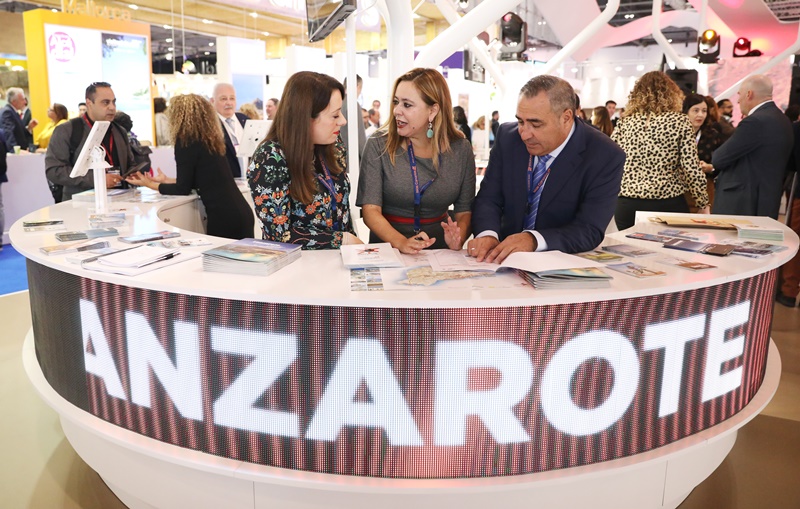 As a novelty, this year Lanzarote “has been the only island to present its stand in a digitalized way, responding in this way to the strategy promoted to innovate in the tourist promotion to respond to the increasingly dynamic and demanding demands of our potential tourists” , according to the president.

The Lanzarote representation displaced to the British sample, considered one of the three most important in the world together with Fitur (Madrid) and ITB (Berlin), is headed by the president of the Cabildo de Lanzarote, María Dolores Corujo, and the island advisor of Promotion Tourist, Ángel Vázquez, accompanied by the CEO of SPEL-Turismo Lanzarote, Héctor Fernández, and the counselor of the CACTs, Juan Félix Eugenio, as well as municipal tourism representatives, a large group of hoteliers and managers of the main companies in the sector Island touristic.

According to the president, “the objective is to close new agreements with tour operators and British travel agencies and mitigate as far as possible the effects of the Thomas Cook crisis . We must promote our destiny from sustainability and respect for our environment.”

Remember that the United Kingdom is the main issuing market for the island, marking quite a distance from its immediate followers (Ireland, Spain and Germany). Between January and August of this year, of the total 1,972,748 tourists who arrived in Lanzarote, 947,360 were British, which represents almost 50% of the total.

“Therefore, from the Cabildo we should not pass the opportunity to be present at this fair and show that Lanzarote is not only a tourist destination for the sun and the beach, but a unique place for its surroundings. It is important to have an active tourism, healthy and careful, and the most important thing to be captivated to return. That is why it is important to create a project that generates activities related to nature and our heritage and archeology, “the president said in a statement.

In this sense, the counselor Ángel Vázquez stresses that “British tourism is a true crush on Lanzarote” and “proof of the importance of this market for the island, is that we have closed meetings with 9 of the 10 largest operators that make up these moments the British ranking after the restructuring produced by the collapse of Thomas Cook, without forgetting of course to continue strengthening the opening of other alternative markets. “

The counselor also emphasizes that “in this fair we will continue to strengthen the strategy undertaken with which the indicators of destination spending are gradually being improved, through the diversification of experiences and attractive tourist products.” The advisor adds in this sense that “we have a quality destination, with very varied products: sports product (European Sports Destination), the island as an enogastronomic destination through the Saborea Lanzarote project, MICE (Event and Congress Tourism), Lanzarote Music Festivals, Lanzarote Film Commission or Lanzarote as a sustainable destination, among others, such as the recently presented Lanzarote Superyacht Destination product that attracts a type of tourist with very high purchasing power. “

Lancelot Television will be one more year in the London fair covering all the events of the same to transfer to Lanzarote the latest developments in the tourism sector. A team of this medium, headed by the head of the news, Andrés Martinón, and a camera, will travel to the World Travel Market to realize how the main tourist market for Lanzarote is.

Likewise, a special report will be prepared with all the protagonists displaced to the fair that will be broadcast in later days.

Reception at the Lanzarote stand

The mayor of Teguise Oswaldo Betancort was also present at the reception ceremony; the councilors of Tourism of the City councils of Arrecife, Armando Santana; of Tías, Mame Fernández, and of San Bartolomé, Mamadou Yero Si Cysse; as well as the president of the Tourist Federation of Lanzarote, Susana Pérez, and prominent representatives of the island tourism sector, as well as the members of the team of the Society for the Foreign Promotion of Lanzarote (SPEL-Tourism Lanzarote) displaced to the British capital.

Previously, Dolores Corujo and Ángel Vázquez, together with the team of professionals of SPEL-Turismo Lanzarote, led by the CEO of the Entity, Héctor Fernández, together with the director of the CACTs, Juan Félix Eugenio, started the day at 10: 15 h. With a busy work day ahead. The first two meetings were held with senior officials of Travel Republic, recognized as one of the best online agency websites in the United Kingdom, and with the Scottish operator Barrhead Travel. During this first day of the British fair, meetings are planned with Sanoma, one of the main Dutch communication groups and the tour operator TUI Nederland, since the Dutch market is to be strengthened, which has also been damaged by the sinking of Thomas Cook

Forecasts for the second day of the WTM 2019

The day of this Tuesday, November 5, will start at 10.00, with a meeting with the British flag carrier British Airways, to continue again with a busy work schedule whose partners will be the Irish operator Sunway; the British OTAs We Love Holidays and On the Beach; TUI RU (United Kingdom); the online bed bank youtravel.com; the easyJet airline: the Polish tour operator Itaka; the German Alltours; the French group Thalasso nº1-Ôvoyages; the British operator Jet2.com; the Expedia group and the Skyscanner online flight and travel search platform.