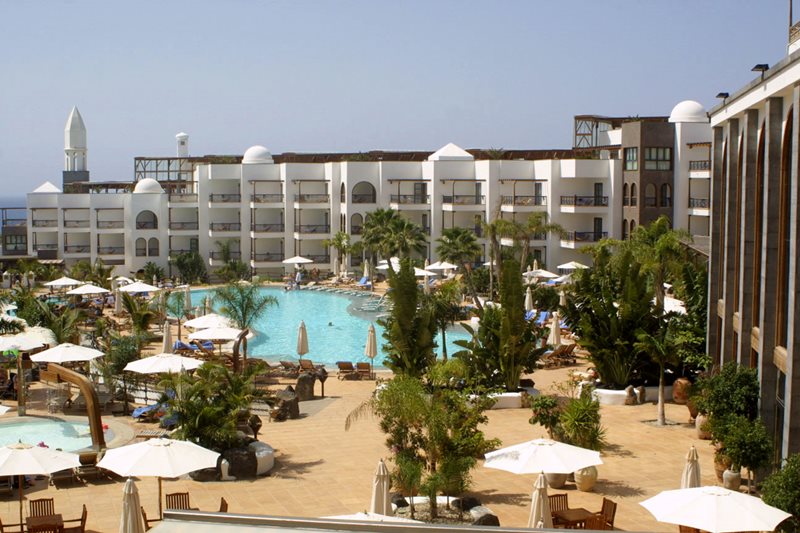 The one that is considered the best hotel on the island and one of the best in Spain in the list of the main luxury establishments in the country has been chosen to house the main actors and an important part of the production of “Los Eternos “, who arrived this Wednesday on the island of Lanzarote from Fuerteventura to continue recording the scenes of the film corresponding to this island. Thus, more than a hundred people stay from their arrival and until Saturday in this hotel establishment recognized with different awards over the last years.

As reported, the team of “Los Eternos” will record today and tomorrow on the island. For this, more than 200 people have moved to Lanzarote to start recording the scenes of the island of this American blockbuster, one of the great productions of Marvel’s Phase 4, around the area of ​​the Cuervo Volcano, in the municipality of Tías.

So far it has not been possible to see the main protagonist, the California actress Angelina Jolie, although the well-known Mexican actress Salma Hayeck has already been photographed. Similarly, the actors of the Game of Thrones series, Richard Madden and Kit Harington are already in Lanzarote.

Fuentes del Cabildo have confirmed to LANCELOT DIGITAL that the production of the film has hired local companies and producers for the filming of the scenes of the island, which translates into important economic benefits that this blockbuster will possibly leave in Lanzarote, the most ambitious that Europe has hosted in 2019.

The film, starring Angelina Jolie, Richard Madden – Rob Stark in Game of Thrones -, Salma Hayek or Kumail Nanjiani, will be filmed in different parts of Lanzarote. Despite the expectations generated among the local population, it should be remembered that during the filming some roads close to the recording of the film will be provisionally closed.

The choice of the Princesa Yaiza hotel by most of the cast of the film strengthens the prestige and reputation of this hotel, located in the tourist town of Playa Blanca, in the municipality of Yaiza, also outside the island, which has made it deserving of different awards and recognitions, both from the main tour operators in Germany and the United Kingdom and from the main travel portals and online reputation, highlighting the internationally known Traveller’s Choice by Trip Advisor, which recognizes the best hotel establishments according to the score Objectively granted by its guests, and obtaining an overall online reputation score above the main 5-star hotels in the Canary Islands, as confirmed by the data of the ReviewPro customer satisfaction and reputation management platform.