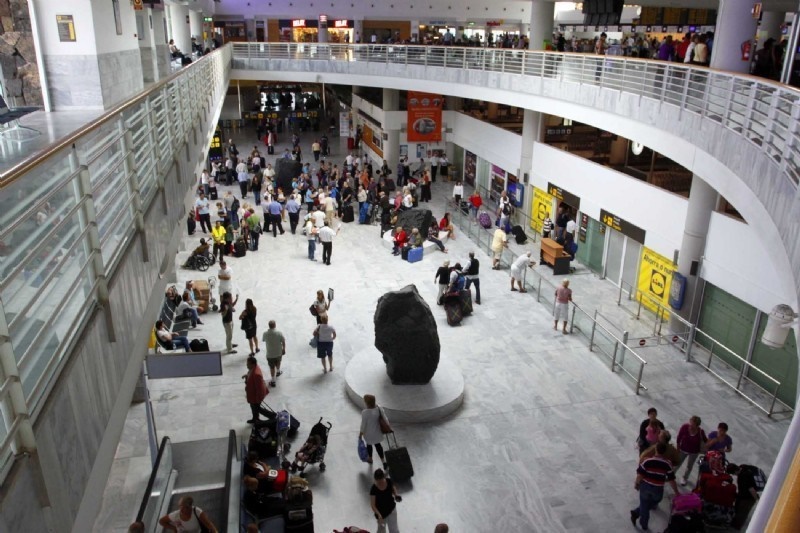 The Minister of Tourism Promotion of the Cabildo de Lanzarote, Ángel Vázquez, points out that this data has been obtained in “one month completely affected by the Thomas Cook crisis, which shows that the island continues to be a solid destination for the British market”

Lanzarote is the only one in the Canary Islands where the influx of British tourism grew during the month of October, with an increase of 0.2% compared to the same month last year. Also, Lanzarote is the only island in the Archipelago that shows a growth in the arrival of tourists in the accumulated of the year. Specifically, the tourist influx to the island increased between January and October 2019 by 1.3% in relation to the same period of 2018, compared to a decrease of 3.3% in the whole of the Canary Islands.

The Minister of Tourism Promotion of the Cabildo de Lanzarote, Ángel Vázquez, highlights the “good behavior” of British tourism last October, “despite being a month completely affected by the crisis of Thomas Cook, with the suppression of the 13 weekly flights that maintained between the United Kingdom and the island “.

For the director, this data confirms the conclusions drawn after the round of meetings held with the main operators by the Lanzarote Foreign Promotion Society (SPEL-Tourism Lanzarote) in the last World Travel Market in London, “where it was found that Despite the bankruptcy of Thomas Cook and the uncertainty caused by Brexit, Lanzarote continues to be a solid destination for the British market. “

Ángel Vázquez, who in turn is president of the Board of Directors of SPEL-Turismo Lanzarote, stressed in this regard the importance of the Insular Promotion Entity continue “the close relationship we have been maintaining with the main airlines and tour operators in order to that the connectivity of the island be affected as little as possible, both with the United Kingdom and with other European markets where Thomas Cook also operated “, after the cessation of its activity.

A cessation of operations that by affecting both the British market and other European markets, and coupled with the decline that the German market has been experiencing for months, has already been reflected last October in terms of tourist influx in the whole of the Archipelago, with a decrease of 8.6% over the same month last year. However, Lanzarote has been, among the eminently tourist islands, the one that showed the lowest decline that month with 1.7%.

Precisely, Lanzarote hosted in October the celebration of musical events such as two of the Live Arrecife concerts and the Visual Music Festival, or sports such as the Ironman 70.3 o and the Ocean Lava, the latter covered in the tourist product club ‘European Sports Destination ‘, created by Turismo Lanzarote, which “has undoubtedly influenced us to present better numbers in terms of the influx of tourists compared to the whole of the Archipelago,” says Ángel Vázquez.

For the counselor, this is a sign that the promotional strategy that is being carried out for product segmentation “is producing visible results in terms of positive impact on the tourist influx that the island registers, as is the case of the Product Club Savor Lanzarote, a tourism product paradigm that generates economic dynamism, boosts spending and activates person flows to the island. “

In this same section Ángel Vázquez highlights the creation of other tourist products clubs, such as’ Lanzarote Music Festivals’, ‘Lanzarote Film Commission’, MICE (aimed at attracting event and congress tourism) as well as the aforementioned ‘European Sports Destination