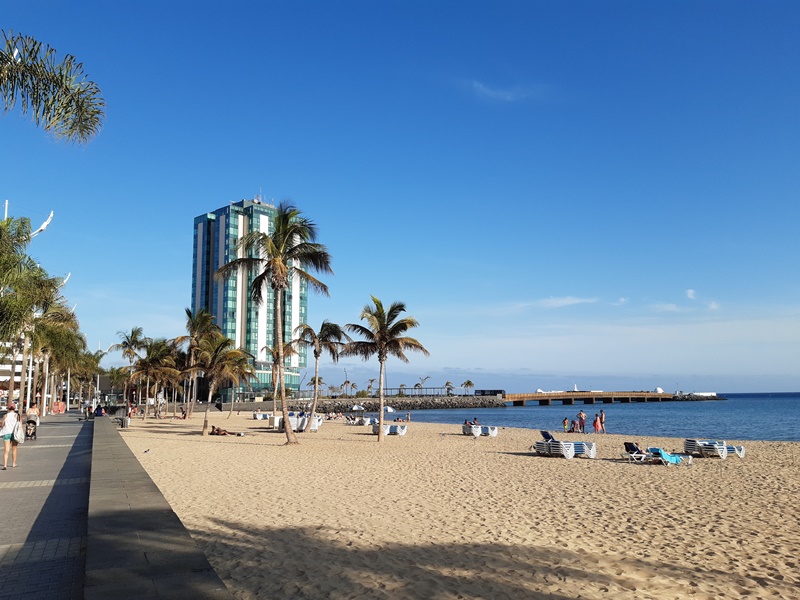 The City Council of Arrecife, through the Department of Environment and Beaches, reports that the Reducto beach, in the capital of Lanzarote, will host this Tuesday, December 10, a practical rescue and evacuation exercise.

This simulation, which will start after 12.15 pm, aims to analyze the levels of responses and coordination of the human forces involved in these cases. Arrecife is the first municipality that develops an evacuation and rescue drill on a beach on the island of Lanzarote.

The Councilor for Beaches and Environment of the City Hall, Ángela Hernández Cabrera, asks the population to avoid alarms before the deployment that will take place in the morning and noon of this Tuesday on Fred Olsen Avenue, in the surroundings of Playa del Redoubt. The simulation of the drill originates about 50 meters from the coast of the Reducto beach, located next to one of the main and busiest avenues in the capital of Lanzarote, where, in addition, traffic will be cordoned off for the evacuation of bathers in the beach.

The main capital beach, with a blue flag, has since this summer with rescue and rescue personnel placed after the efforts of the new government group, led by the popular mayor Ástrid Pérez.

This drill will be under the coordination of the Security and Emergency Consortium of Lanzarote, with the support of the City Council of Arrecife, through the Local Police, surveillance personnel of El Reducto (Emerlan) and the personnel assigned to the Consistory Beach Area of Reef.