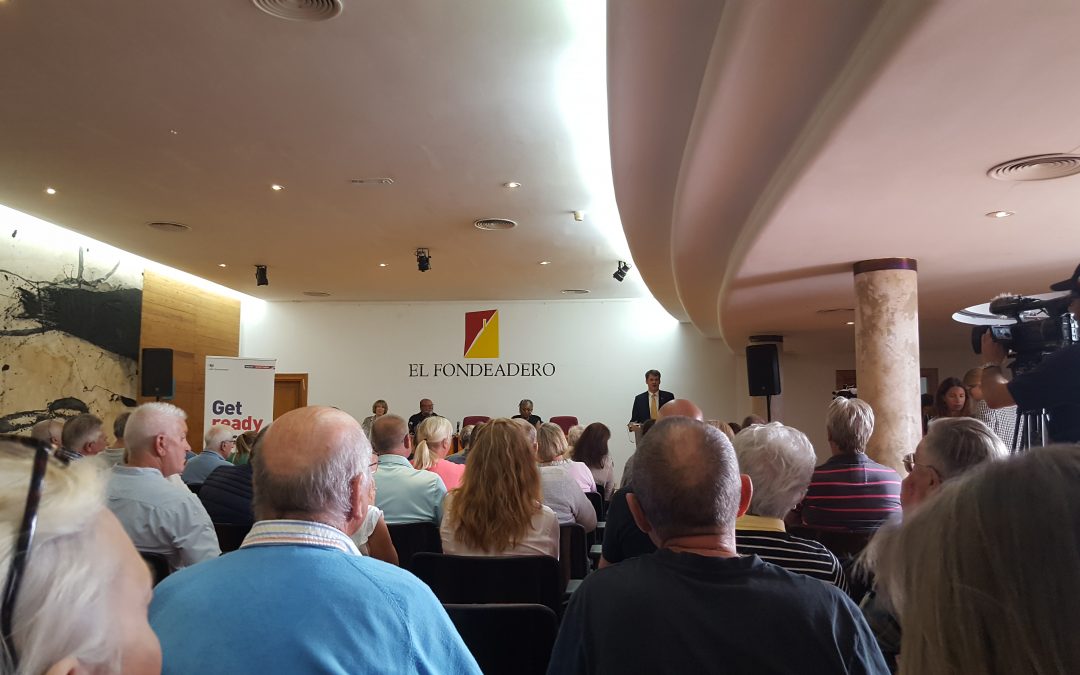 On Tuesday we attended the Brexit meeting hosted by Hugh Elliot, it was a very informative meeting and it was good to see so many of our members in attendance. For those unable to attend we have composed a brief outline of the meeting.
The meeting started with Hugh Elliot explaining his role and previous experience working for the government and on Brexit. As you may be aware Britain will leave Europe at 11.00pm on the 31st January, 2020 and he confirmed that it would be with a withdrawal agreement, and full details on this will be announced before the withdrawal date. There will be a transition period from 1st February until 31st December 2020, and if necessary this period could be extended but at present the UK government is working to finalize on this date.
He confirmed that citizens rights would be protected, but that there were 2 areas not covered in the agreement,
1. Onward free movement
2. The amount of time non residents could stay in Spain (total of 90 days in 180 days)
He urged that people living here should apply for residency asap and that driving licences should be changed to Spanish ones.
There then followed a question and answer session, our association president Daniel asked a number of question and Hugh invited him to meet afterwards to discuss them further. The meeting closed with the majority saying that they now felt more reassured about their future,