by Lanzarote Business and Residents Association | May 27, 2020 | Blog 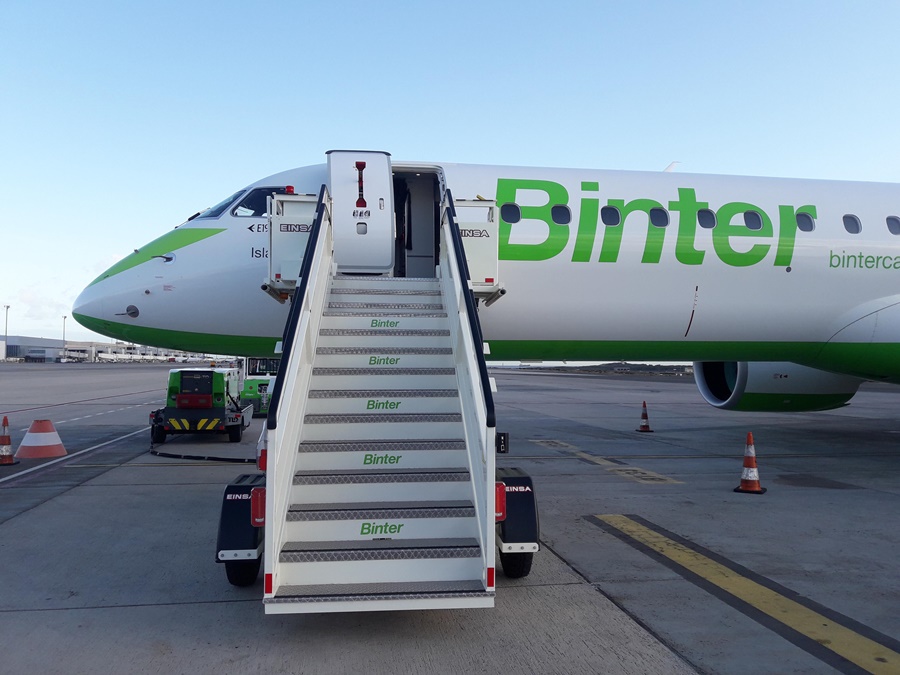 The Ministry of Public Works, Transport and Housing of the Government of the Canary Islands and the airline Binter have agreed to start a new expansion of routes and frequencies starting this Wednesday to meet the growing demand for places for people who must move between islands to attend its labor commitments, mainly, with the entry of the archipelago in Phase 2 of the de-escalation.

In this way, and starting tomorrow, of the 32 daily frequencies that operate until today between islands, there will be 40 daily round trips.

This consensual decision between administration and company seeks to respond to the growing demand for the number of passengers who need to travel between islands for the essential reasons set out in RD 463/2020 (labor, return, health) once the archipelago has entered the Phase 2 of the de-escalation, as was done two weeks ago when entering phase 1.

As a result of this coordinated work, two route extensions have already been agreed during the de-escalation, a first increase of 12 frequencies on May 13, to which another eight will be added starting tomorrow.

Therefore, within 15 days the frequencies between islands have gone from the 20 daily decreed during the first weeks of the state of alarm to 40 that will be operational from tomorrow.

These new airplanes are already available in the company’s usual marketing channels, notes the Ministry of Transport in a note.

In addition, together with the additional frequencies that are incorporated into the current routes, the direct connection between the airports of Fuerteventura and Tenerife North is recovered, which will have two flights (one way and one return) per day.

Binter has reiterated to the Ministry of Public Works, Transport and Housing that all the sanitary, hygiene and disinfection recommendations of aircraft collected by the European Aviation Safety Agency (EASA) have been adopted, in addition to following the protocols determined by the different royal decrees and ministerial orders issued during the health crisis to guarantee the safety of travelers.

For this reason, the Government of the Canary Islands has considered it appropriate to remove the current limitation to 50% of flight capacity.

Among the recommendations that have already been adopted on flights between islands is the obligation to wear a mask from the moment you access the terminal of origin, to carry the printed boarding pass from home or on your mobile phone, not to serve food or drinks During the flight, reinforce the cleanliness of the planes and terminals, carry out the embarkation and disembarkation in a staggered manner and leaving a meter and a half between people.

In addition, the Canary Government will continue to maintain the temperature measurement for passengers when boarding at airports.

Despite the request to lift restrictions on flight capacity, and as long as Phase 2 of the de-escalation continues, all inter-island flights will continue to operate under the same conditions established by current regulations, that is, they will only be able to fly Passengers who justify the reasons that cannot be postponed to travel included in Royal Decree 463/2020 (health reasons, medical reasons, travel to the workplace, return to the place of habitual residence).