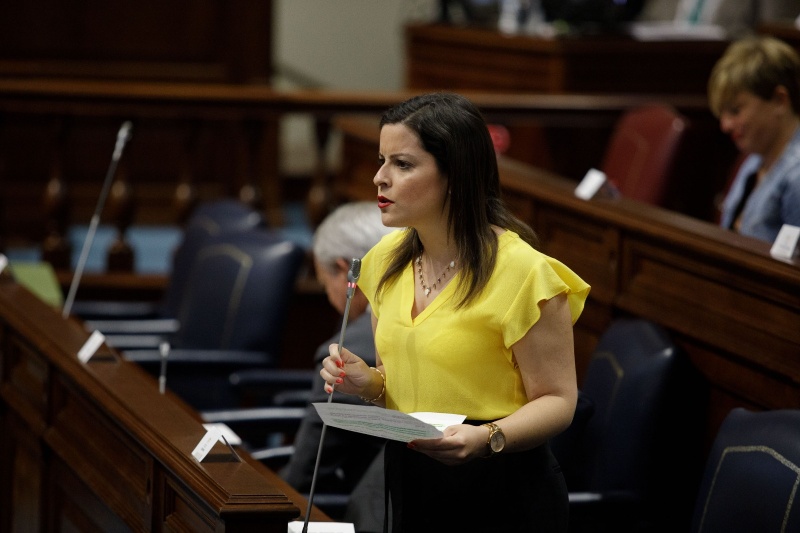 The Minister of Tourism of the Government of the Canary Islands, Yaiza Castilla, said on Monday that with the quarantine imposed by the United Kingdom on people traveling to Spain as a whole, in the case of the archipelago, 250 weekly flights are “at stake” currently and 50,000 airline seats, which qualified “no” is the same as 50,000 tourists.

Castilla stressed that the forecasts “were not” for 2019 but “were positive.” For this reason, he hopes that relations between states will bear fruit because he clarified that it is also “important” to bear in mind that the main tour operators and companies that bring the British to the Canary Islands are in a “delicate liquidity” situation.

For this reason, he emphasized the archipelago is “very important for them but they are also very important” for the islands because, as the “big ones fall,” he said, it will be difficult to recover what they contribute, and the situation “could worsen a lot”.

Even so, the Canarian Minister of Tourism wants to “trust the effort” that everyone is making, since since the information was learned, she indicated that from the Canary Islands they have been in talks not only with the central government, but also with the Embassy, ​​with which Castilla will hold a meeting this Monday.

Castilla pointed out that the negotiations are between the Government of Spain and the United Kingdom, although from the Canary Islands it is being pushed, while appreciating all the work that is being carried out not only from public institutions, but also in support of the regional private sector. as international. “You have to be calm and trust in state-to-state relations,” he told Cope Canarias in the Europa Press.

The Minister stressed that the management of the pandemic in the Canary Islands “makes a difference”, considering that it is a “competitive advantage” compared to other destinations in the current situation, hence she described as “inconsistent” that the Canary Islands be removed of that recommendation not to travel to Spain but quarantine is maintained for those who travel to the islands.

Finally, it did affect that the “perfect lever” for economic reactivation, “sooner rather than later”, passes through the PCR for travelers because although it recognized that there is no zero contagion, it does serve to filter. And he understands that it should be a decision to be taken from Europe because, in addition, with so much demand, the cost would be reduced.