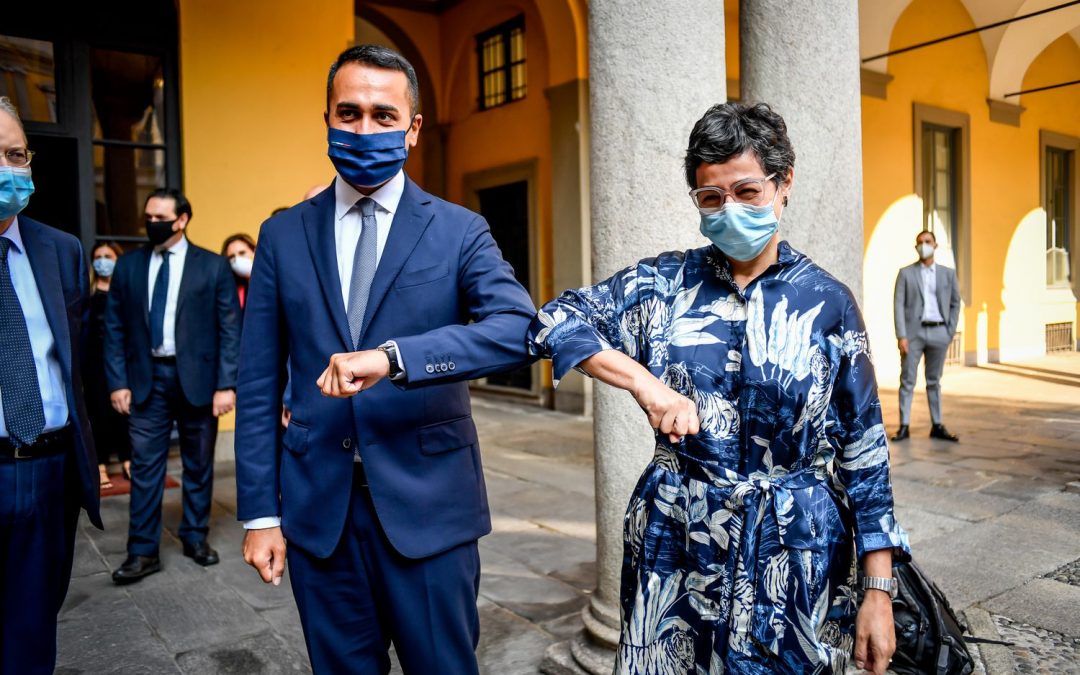 Thanks to El Pais

Spain, whose tourism industry has been hit hard by the Covid-19 pandemic, is insisting on the creation of safe travel corridors even as the list of global restrictions affecting the country continues to grow.

On Tuesday, Foreign Minister Arancha González Laya announced that Spain will negotiate with Britain, Germany and Scandinavian countries to open up travel corridors to the Spanish islands (the Balearics and the Canaries) exempting visitors from the need to self-isolate upon their return.

Although summer travel has ended in much of Spain, the Canary Islands, located off the western coast of Africa, are now entering their own high season.

“Our wish is to restore the tourist flows as soon as possible. It is an extremely important issue for the Canary Islands which, unlike other Spanish territories, have a winter tourism season,” said the minister in Milan, where she met with her Italian counterpart Luigi Di Maio.

“Opening travel corridors such as the ones we will negotiate with Britain could help them relaunch tourist activity,” added González Laya. According to the Spanish official, talks will get underway with major source countries for winter tourism to the islands, including Germany and Scandinavian nations.

The notion of travel corridors had been floated even before borders reopened following the coronavirus lockdown. Conceived as an essential strategy to shore up international travel to Spain, it was loudly demanded by the tourism industry, which hoped it would help salvage the summer season. But the only travel corridor that was ever created was between Germany and the Balearic Islands. Now, González Laya is taking up the idea again.

The minister’s remarks come shortly after London announced a new mobility strategy for some island destinations, including those in Greece, although nothing has been said about the Spanish archipelagos.

González Laya said she approved of the UK’s decision to look at territories rather than entire countries when designing Covid-19 measures. The Canaries, while having a lower coronavirus incidence than other parts of Spain, have suffered from country-wide restrictions on travel to Spain issued by foreign governments.

In late July, Britain removed Spain from its list of safe countries, delivering a tremendous blow to the Spanish tourism sector by imposing a quarantine on people returning from the country. Other countries gradually began adopting similar measures.

González Laya also mentioned Spain’s petition to the European Union for coordinated measures affecting border controls, and defended the need to increase Covid-19 testing while reducing blanket border closures. Spain has asked Brussels to consider territorial differences when describing a member state’s epidemiological situation, as well as the amount of PCR tests that are being conducted, the number of asymptomatic people, and the pressure on hospitals. “This will provide a better picture of the Covid-19 situation by territories,” she said.