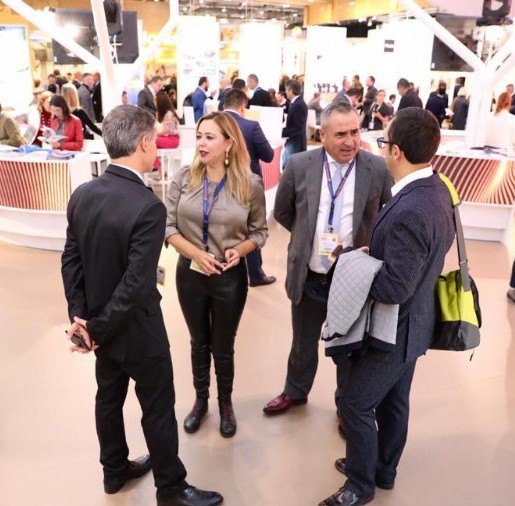 The World Travel Market in London, the main tourism fair in the world, was developed this year through an online platform due to the pandemic

The British tourism sector is confident that the Government chaired by Boris Johnson will terminate on December 3 the ban on traveling abroad except for reasons of basic necessity, which will allow the recovery of tourist flows between the United Kingdom and Lanzarote.

This has been confirmed by the Lanzarote Foreign Promotion Society (SPEL-Turismo Lanzarote) during its participation last week in the Word Travel Market 2020, the prestigious London tourist fair held this year entirely through a virtual platform,due to the pandemic caused by Covid-19 and the confinement decreed until December 2 by the British Executive.

For the president of the Cabildo de Lanzarote, Mª Dolores Corujo , “it is encouraging to see how the slowdown in infections in the United Kingdom coincides with the downward trend in the number of active cases on our island in recent weeks” , a circumstance that, he adds, “once again demonstrates Lanzarote’s ability to show itself as a safe destination by implementing effective measures to combat the incidence of Covid-19 . “

For his part, the insular councilor for Tourism Promotion, Ángel Vázquez , highlights“The recent schedule of flights between the United Kingdom and the island by Iberia Express for next Christmas, which once again shows the confidence that tour operators have on the island of Lanzarote”.

Given the permanent contact, practically daily, with the main European tour operators since the declaration of the pandemic, Lanzarote Tourism has focused in this edition of the WTM on reinforcing tourism segments that are already contributing, and in the future will do so. even more,a plus of quality to the destination such as gastronomy, active tourism or tourism with high purchasing power.

Among the telematic meetings held by the Insular Promotion Agency, those held with ABTA, which is the largest association of travel agencies in the United Kingdom, which have recently joined tour operators; as well as with Travel Counselors,

Turismo Lanzarote also met with the Scottish operator Barrehead Travel, and participated in meetings with specialized press such as Food & Travel and Globetrotter Television, as well as in the conference of the CEO of the Irish airline Ryanair, Michael O’Leary.