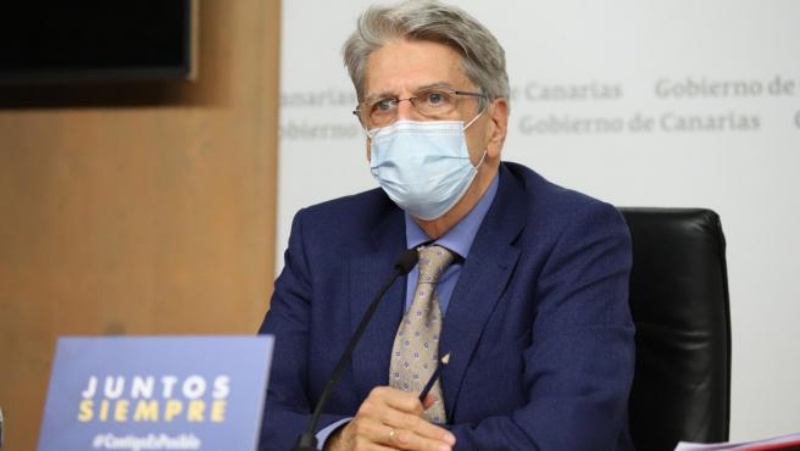 As can be deduced from the statements of the Canarian Executive spokesman, Julio Pérez, after the Governing Council, everything indicates that Lanzarote will not drop to level 4, the highest that any Canary Island has reached during the entire pandemic.

Pérez explained that it has been agreed to introduce “some” changes in the restrictions that it maintains in the Canary Islands to fight against the expansion of the coronavirus, but that “it has not” been “fundamentally altered”, although probably this Friday the Official Gazette of the Canary Islands (BOC) collect those changes that are focused on spas and saunas, as well as on the home entry regime of products other than prepared food or on the collection of food service in cars.

Also, Pérez added during the press conference after the Governing Council that this Thursday the levels have not changed either because the set of measures adopted on the occasion of the Carnivals are currently in force, and citizens have acquired it, so it is has agreed to keep them as scheduled until Sunday night, February 21.

In this sense, he indicated that as has happened on other occasions, it will be the Minister of Health of the Government of the Canary Islands, Blas Trujillo, who during the weekend, possibly on Sunday, will appear to report on changes in levels that “most likely “will be produced according to trends, as he stated that some” seem clear. ”

In this regard, he pointed out that in the case of Gran Canaria, if the trend in the indicators is maintained, “the restrictions would be reduced,” and it is likely that the level will drop, like Fuerteventura and El Hierro; while he added that the “stagnant” situation in Lanzarote means that “no changes are perceived” and Tenerife, he admitted, “worries” because “it does not finish consolidating”, since it stated that “something is happening”, while qualifying that it “worrying” indices such as the occupancy of ICU beds.

For this reason, he pointed out that “nothing is totally ruled out” and that decisions will be made based on the data of the indicators, such as number of cases, number of cases per population, accumulated incidence, pressure in beds, pressure in ICU beds. .

On the other hand, he reported that there are currently almost 50,000 people who have received the vaccine in the Canary Islands, which means that “it improves” the national average in terms of the use of doses and the speed at which it is vaccinated, stating that “that it is a satisfaction “.

This means that the Canary Islands are currently above the national average in vaccinated people, since it reaches 3.58 percent, while in the whole of Spain it stands at 2.36 percent.

Likewise, he pointed out that group IV, which is the one currently in the process of being vaccinated in the archipelago, is made up of some 25,000 people, including large dependents and caregivers; later the group of elderly people who would be vaccinated in their health centers amounts to about 90,000 canaries. So far the Canary Islands have received 114,000 doses, of which 108,000 have been administered.