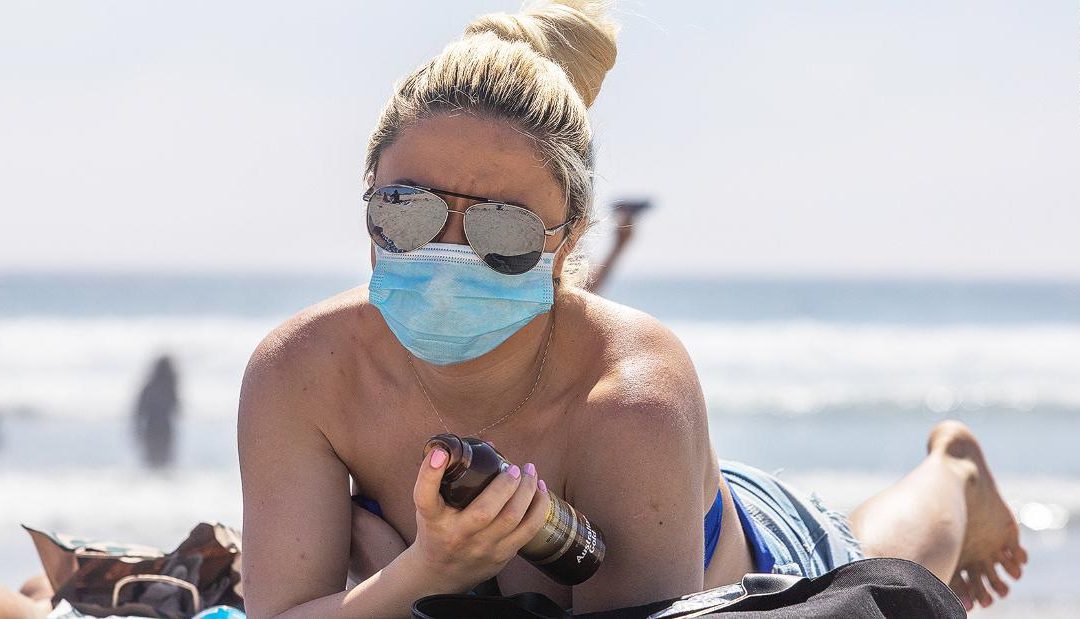 Thanks to LANCELOT DIGITAL – A new law toughens the Government’s measures: obligation of masks on the beach The BOE publishes that the mask must be worn in any public space regardless of the safety distance between people

Interpersonal distance will no longer be decisive for wearing the mask. The  Official State  Gazette (BOE)  publishes this Tuesday  a law that requires wearing the mask in any public space, regardless of the distance from other people. Until now,  as the Government indicates on its website , on public roads or in outdoor spaces it was mandatory to wear a mask when there was a distance of less than one and a half meters, according to state regulations, although the communities had established tougher demands and your own exceptions.

“People aged six and over are obliged to use masks (…) on public roads, in outdoor spaces and in any closed space for public use or that is open to the public,” the article published this Tuesday. The law is a compendium of the de-escalation measures that were agreed in June 2020 once the first decree of the state of alarm that the Government had approved expired. The norm was approved as a decree law and began to be applied, but then it was processed as law and now comes into force somewhat anachronistically.

The standard regulates prevention and hygiene measures, regularization of transport, medicines, public health standards or to guarantee the capacities of the health system. It is valid indefinitely, because it will last until the health crisis is over . “Until the Government declares in a motivated manner and in accordance with scientific evidence the end of the health crisis situation caused by covid-19,” the text indicates.

In the decree  approved last June , which the Government defined as the “new normal”, the  de-escalation phases were regulated  , something that has already been overcome in the measures currently being applied to combat the pandemic. The law published this Tuesday in the BOE transposes the text of the decree, and continues to refer to concepts such as the “Plan for the Transition to a New Normal.”

Since last summer, when the state of alarm that had begun in March subsided, the communities began to adapt the use of masks based on the government decree. The vast majority did it quickly, but considering exceptions of different types, such as sunbathing on beaches or swimming pools. Now, with the new law, the requirement to use a mask in outdoor spaces is applicable to all communities, which can no longer regulate their exceptions or graduate their application. Forcing you to wear a mask while sunbathing on beaches or swimming pools, even maintaining a safe distance, can be another blow to tourism, one of the sectors most affected by the pandemic.

The new law does maintain that the obligation will not be enforceable for people who present some type of illness or respiratory difficulty that may be aggravated by the use of the mask or who, due to their situation of disability or dependency, do not have autonomy to remove themselves. the mask, or present behavioural alterations that make its use unfeasible.