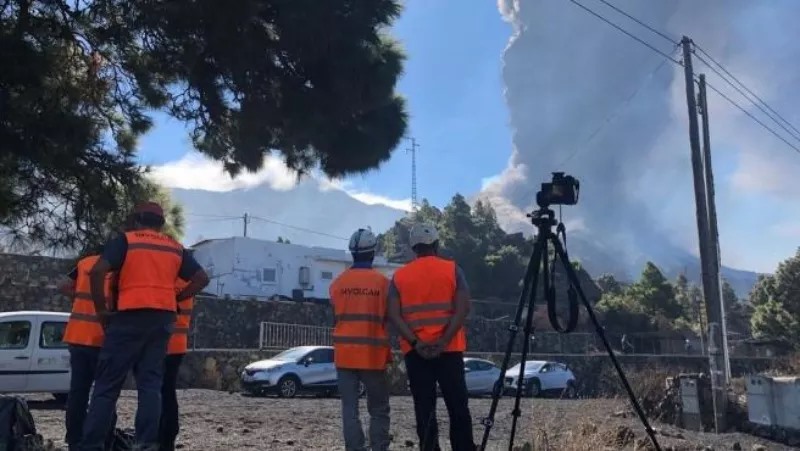 La Palma registers 16 earthquakes during the night, one of 3.5 magnitude

The 24-hour monitoring volcanic surveillance network of the National Geographic Institute (IGN) has located a total of 16 earthquakes in the vicinity of the eruption of the Cumbre Vieja volcano, five of them with magnitudes greater than 3 (mbLg).

The maximum magnitude recorded was 3.5 (mbLg) corresponding to the earthquake located southwest of the municipality of Villa de Mazo at 01.33 hours. Most of the earthquakes were located between 11-14 km deep in the area where the swarm began.

The situation has been stable in recent hours. The volcano exhibits constant behaviors, the lava flows through a single stream in a fluid way and the lava delta continues its growth in a north-south direction with an area of ​​almost 38 hectares.

A lava tube has been formed that allows a more fluid contact between the emitting center and the dejection area, in the sea, which ensures that the width of the casting does not increase and therefore does not affect more constructions. The area affected by the runoffs is almost 422 hectares.

Although the number of earthquakes and their magnitude have decreased in recent hours, there are still movements felt by the population and that could cause small landslides in slopes.

On the other hand, the emission of volcanic ash reaches a height of 3,000 meters and the wind directs it towards the northeast. Due to the presence of ash, several companies have decided to cancel their operations on La Palma for today, although the airport remains operational and will continue to be as long as there is no ash precipitation that cannot be cleaned.