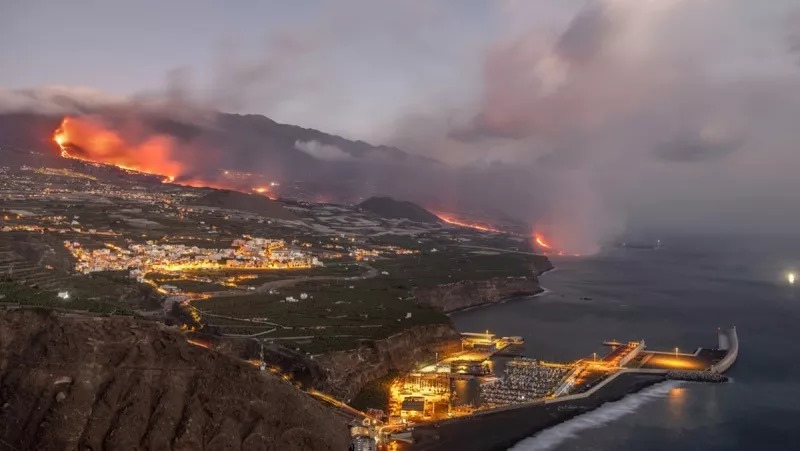 An earthquake of magnitude 4.8, located yesterday in the municipality of Mazo at a depth of 34 kilometers, was felt throughout the island of La Palma, in some points with intensity IV, and also in nuclei of Tenerife, La Gomera and El Hierro .

This is the second largest seismic movement, like two other previous ones, of all those that have been located on La Palma since the volcanic eruption began on September 19. The highest magnitude, 4.9 (mbLg), was registered last Sunday, and, in the case of the earthquake located yesterday, it occurred at 5:25 p.m., as indicated by the National Geographic Institute (IGN) and as recorded Notices Journal.

The scientific committee of the Canary Islands Volcanic Emergency Plan (Pevolca) has been warning for several days that earthquakes of intensity V EMS could be registered, before which it recommends keeping the population away from building facades or streetlights. These intensities can cause objects to fall.

On the other hand, Involcan reported that the inner cone of the volcano collapsed on itself. The main crater is in the middle of the reconstruction phase after a large gap opened on its flank on Monday afternoon, forming a kind of horseshoe. At the moment, the course taken by the lava rivers has not changed: they flow over the original lava flow, the one that crossed Todoque and ended up reaching the sea forming the fajana, and in another that advanced south of the mountain of La Laguna and whose front continues about 120 meters from the sea. The front of the wash that slipped into the town of La Laguna tends to join with that one, waiting to know if the contributions of lava make it advance.

The elevation of the terrain 10 centimeters in the last 24 hours and the high emission rates of sulfur dioxide presage that there will be a volcano for a while.