A new airport in Lanzarote? 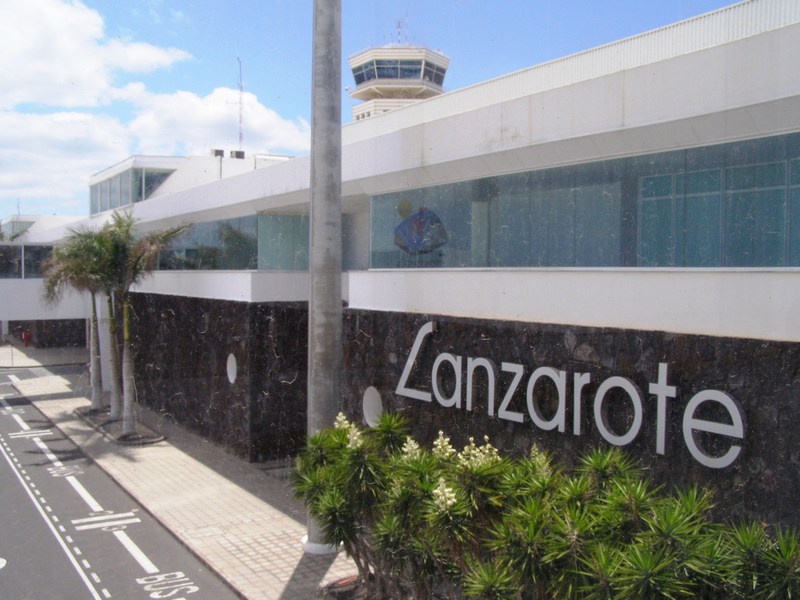 The president of the Cabildo of Lanzarote, Pedro San Ginés, announced on Friday the intention of the insular government to commission an engineering study that, from a technical point of view, explore possible locations to design a new airport on the island , which could replace to the current one and that allows recovering for public use the area of ​​Guacimeta.

The current airport facilities, located in the urban core of Playa Honda, in the municipality of San Bartolomé, date from the 40s. It should be remembered that the transport of civilian passengers on the island began on June 12, 1946 , provisionally, with a regular commercial passenger traffic plane of the Iberia company. Until then, only a few private and military flights had operated.

The demand for traffic continued to grow and the production model changed, which made it necessary to give new impetus to the airport development of the island with the construction of the 2,400-meter track, which “was already born with limitations then”, for the foreseeable air traffic international. On March 3, 1970, the airfield officially opens with a flight from Madrid and Seville and another commercial flight from Oslo, thus officializing the opening to civil air traffic.

The construction of the new terminal was not until 1999, with a forecast and capacity to meet an estimated demand then of about six million passengers. Since 2004, the island has had two terminals located in Playa Honda. A site that, although limited in track size, in the 1940s was at least far from the existing urban centers by then, although it always had visibility and safety difficulties for the landing and takeoff of some flights due to its particular orographic situation, being very close to the mountain of the head of track.

Regardless of these orographic difficulties, ” more than 70 years later, with the tourist and economic development of the island, the operability of the airport is perhaps not what is desired for the present-future”, among other factors due to the growth in demand and the intense air traffic that too often, and as a consequence of the weather factor, causes the diversion of flights to neighboring islands. Only between the years 2015 and 2017, hundreds of flights between islands originating in or destined for the Lanzarote airport will have been canceled or diverted. Fact that puts in question the competitiveness of the airport itself “.

According to the Cabildo, to these difficulties “it is added that the current airport facilities border one of the most populated residential and industrial areas of Lanzarote, Playa Honda, also affecting , due to its proximity, the district of Arrecife de Argana Alta and the area of Matagorda, in Puerto del Carmen “, which causes thousands of residents to be exposed to noise levels exceeding 55 decibels, according to the strategic noise map prepared by AENA itself.

On the other hand, from the Cabildo it is recalled that ” Lanzarote has been waiting for more than a decade for a new Master Plan of AENA , which is pending approval since 2008, which contemplates the improvement of infrastructure and which was raised it is necessary or not the extension of the runway and, where appropriate, to where, if to the sea or by land “. In any case, it would have an important environmental impact to value.

The immense strip of land that occupies the airport and its entire security zone, between the residential core of Playa Honda and the tourist center of Matagorda, is one of the most suitable spaces -from all points of view- for the installation of endowment equipment ; that is, residence for the elderly, educational centers, health centers, and sports infrastructures, such as a new sports city. It would also be the opportunity to recover this coastal strip of Guacimeta, with magnificent beaches, to make the pedestrian avenue with bicycle lane that it deserves, with green areas, picnic areas and public recreation for residents.

“Although some people find it difficult to present today the idea of ​​locating a new location for the island’s airport, the truth is that in the country as a whole huge airport infrastructures have been built at a high cost, without having the air traffic, the potential demand or profitability of the island of Lanzarote, which ranks among the ten most profitable airports in Spain and the ninth in number of passengers, with 7,389,025 in the past year and an increase of 10 , 5% with respect to the previous one, according to the data of Aena “, adds the Cabildo.

For all these reasons, the president of the Cabildo explained that the Institution will commission such an engineering study, as proposed by Vice President Manuel Cabrera, to a consultancy specializing in airport systems and air traffic control and the environment , among other criteria that will be taken into account. to study and deal with AENA in the future the technical feasibility of these proposals, rather than closing only to the extension to the sea or clearing of the mountain in the current location, for once seen all the possibilities to adopt the best option for the future for Lanzarote .

The island government also shares, according to Pedro San Ginés, that ” we must be ambitious, think about the future and explore all the possibilities offered by Lanzarote, in case there is an alternative that allows, from a technical point of view, to design a new airport that is not limited by orographic conditions, which minimizes the inconvenience to the resident population and that does not generate an environmental impact to the unattainable territory