A senior government official in England enjoys in Playa Blanca 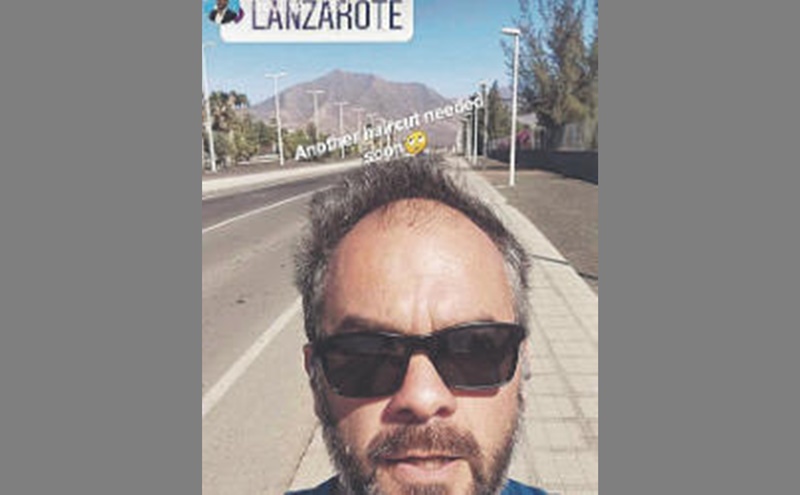 These days the Secretary of State for London, Paul Scully, was in Playa Blanca, enjoying a vacation and here he has caught the forty imposed by the British Government on all travelers from Spain. 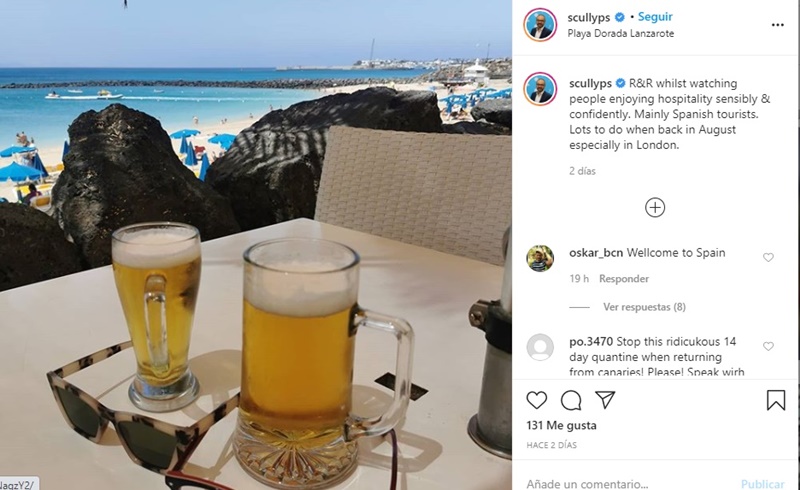 Scully has shown through her Instagram images of how she enjoys Lanzarote and has not hesitated to praise how people on the island comply with the rules. In fact, she publishes a photo on a terrace of Playa Dorada in which she assures that she sees “people enjoying hospitality sensibly and confidently”.

The resolution adopted by the British Government to allow travelers from Spain to quarantine for two weeks on their return has been as unexpected as sudden, so much so that it caught the Minister of Transport, Grant Shapps, on vacation in the country, where he had arrived on Saturday, which means that he himself will have to isolate himself fourteen days on his return to British territory.

The decision of the British Government represents a new setback for the tourism sector of the Islands, which fears the repercussion that this measure may cause on the arrival of visitors. Those who fail to comply with the imposed quarantine risk being fined up to a thousand pounds (1,072 euros).