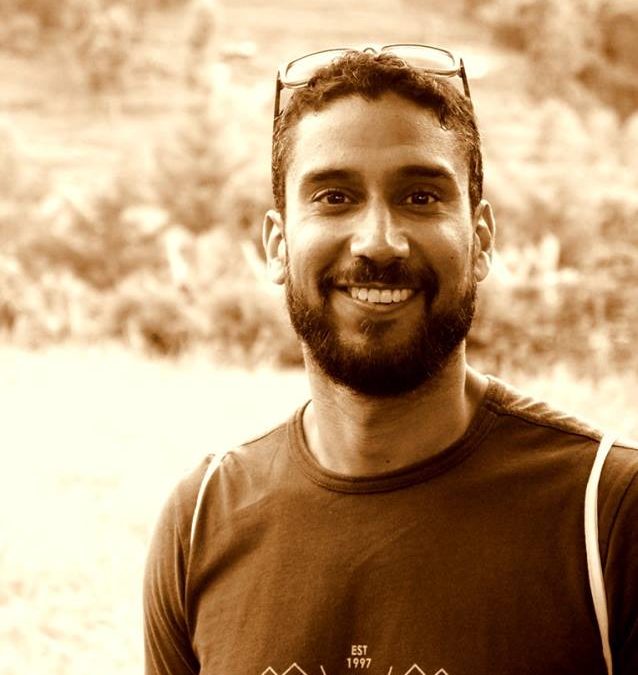 Some of you may remember meeting and listening to Bimal Melwani when he spoke at one of meetings a few years ago. Bimal is a Senior Private Banker who has now written a very interesting article in respect of Brexit and has kindly agreed to share it with our members.

“To reach a port we must set sail –

Prior to June 23rd the consequences of the UK leaving the EU were made to appear almost apocalyptic in nature, with mass chaos and financial consequences. 2 months down the road and it has been made apparent that the general public had received a copious amount of misinformation. As is usually the case the anticipation of reality is far worse than reality itself, but what can we expect over the next year? And how will Brexit affect a British national living in Spain?

What we know so far

At some point in 2017 Teresa May’s government will invoke article 50, commencing the 2 year countdown to our departure as part of the EU.

Recently the National Institute of Economic and Social Research in London has released a report stating the UK now only has a 50% chance of entering into a recession. Last week the international credit rating agency Moodys also predicted that the UK’s growth will slow down, but believes it will not enter into negative values next year. The current prognosis is that the UK will grow 1.7% in 2016 and but only 1% in 2017, growing less than 2% for the first time since 2012.

Accompanying the diminishing growth of the economy, unemployment levels are expected to rise by around 1% over the next 12 months reaching a high point of 5.75% by next year (Vs. 4.90% current).

Mark Carney, the appointed captain to steer the UK’s disentangled financial situation through uncharted territory, has a monumental task ahead of him. He is expected to follow in the footsteps of other developed nations during the financial crisis, increasing their QE policy in the attempt to ease the hard landing expected for the British economy next year. The results of this action, to name a few, will provide additional incentives to aid large corporations during these perilous times, a sustained devaluation of the British Pound and a probable rise in indirect taxes (the cost of a pint of beer is expected a 5% tax increase).

As it is, the initial shock has already caused the GBP to drop over 10% against the US Dollar and the Euro on the 24th of June, although since then it has recovered some ground.

Yes, but what does it all mean?

With great uncertainty comes great volatility, and that is what we should expect over the next 18 months. Businesses will be hard pressed to make strategic decisions without knowing how the Brexit negotiations will affect them. The Financial district of London will look to retain its long standing position as the Financial Centre of Europe and we may find a cut in corporate tax to maintain the appeal of international investors.

The general expectation is that the pound will continue its current trend for the following year, however there may be opportunities in the daily rate depending on how the market foresees the success of the exit process. Potential house buyers and investors in Spain are advised to allow for greater time frames in exchanging their hard earned Pounds for Euros as volatility continues to reign the markets.

Keep in mind that the UK has been part of the EU since 1973 and there is now a lot of ground to cover in negotiating individual trade deals. The UK will push for a deal to be a member of the EEA (European Economic Area) like Norway or negotiate individual terms as a EFTA (European Free Trade Association) member like Switzerland.

How does it affect me as an Expat?

Lets start with the basics,

Living in Spain: The Vienna Convention of 1969, which supersedes the Uk’s entrance to the EU, states that existing residents in Spain may continue to enjoy the same living rights (property ownership and permanent residency) as they have done so far,even after the UK leaves the EU.

Healthcare & Education: If the UK negotiates a deal to enter the EEA, then healthcare and education rights should continue to be as they are now.

Taxation: The Spain-UK Double Taxation convention of 2013 states that the transmission of physical assets in a foreign country, be it due to sale, inheritance or donation, shall abide by the laws of the country the property is located in. This is generally expected to continue being the case, however both the UK and Spain are expected to make some tax increases for the next financial year to help balance their country’s deficit. As the EEA does not govern direct and indirect taxation, this will be a hot topic for Brits with investments in Spain.

Banking in Spain: Your UK pension or salary can continue to be received in Spain. As has been the case until now, funds sent in GBP, via SWIFT, may continue to have a bank charge, although it will be of interest to see if Euro transfers sent from the UK will be allowed under the SEPA directive which offers drastically lower international transfer fees.

As the pound stays historically weak against its counterparts it is advisable to plan ahead and search for the best rates on offer. It is worth noting that as long as interest rates are kept at historical minimums, banking fees are expected a modest increase as financial institutions look for ways to generate commissions to satisfy their shareholders.

Travel Costs: International travel costs are expected to rise. The weaker pound will contribute to an increase in package holiday fares, and the possibility of additional airport taxes being implemented has caused some concerns with low cost travel companies as these increases will invariably be passed on to the end consumer.

Import/Export of Goods and Services: Again, this will depend on the EU’s acceptance of the UK into the EEA or EFTA (European free trade zone) although we already know that with this condition comes the requirement of free movement of people between borders which may cause political disputes amongst the pro-Brexit members.

The Big Question: How long will the pound stay weak?

Many Expats moved to Spain when the GBP/Eur rate was close to 1.50€ to the Pound. The drop to below 1.20€/1GBP has meant a very significant 20% drop in acquisitive power and will be a hard hit for many retired pensioners. However since 2009 we have actually hit these levels several times now, albeit with short lived recoveries. The question is how will this time be different, and if so, for how long?

The determining factor is the uncertainty in chartering a course in these new waters at a time of stagnant global economy growth and weak forecasts.

The increase in the GBP/Eur rate that lasted from 2015 until January 2016 (see graph below) was caused by two main macro economical factors: a continued growth in the UK compared to the lacklustre Euro zone, and the commencement of an aggressive QE facility implemented by the Central Bank of Europe (BCE) that started in March 2015. Mario Draghi, President of the BCE, expects the European QE to continue well into 2017, which could mean that both economies will continue to devalue their respective currencies in an attempt to bolster their international competitiveness.

As long as the UK’s growth subsides and uncertainty prevails, we can expect a volatile ride for the British Pound over the upcoming months.

There will be ample press coverage as the world awaits the results of the exit process. It is important to be patient until agreements are actually confirmed as misinformation and speculation continues to thrive in the media. There will be political power struggles, currency volatility and a range of ‘what if’ arguments expressed everywhere from newspaper’s to your local pub. This is all part of the ‘new normal,’ but once Article 50 is invoked the British public will have 2 years to prepare for any changes, it may be best to wait for the path to be cleared first before we venture into the deep end.

One thing is for certain, as the UK sets sail next year it has to prove that the 6th largest economy in the world has a captain on board, and they know their way to port.

Thank you to Bimal for writing and sharing this informative article with us.