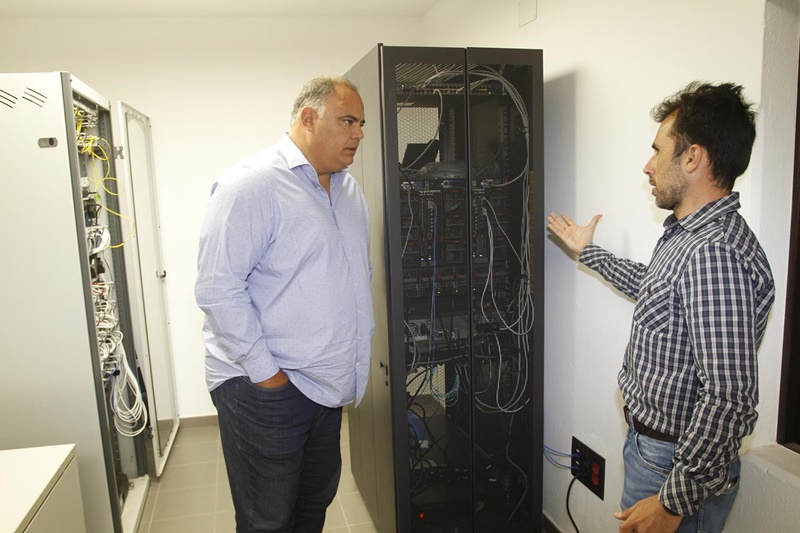 The Government of the Canary Islands will invest, through the Canarian Agency for Research, Innovation and the Information Society (ACIISI) dependent on the Ministry of Economy, Industry, Trade and Knowledge, 432,440.81 euros to extend high-speed broadband in Lanzarote

The regional government thus meets the request made at a meeting held in June last year by the directors of the first Island Corporation responsible for the areas of New Technologies, Manuel Cabrera, and Finance, Luis Arráez, to favor the arrival from the broadband to the so-called white areas, that is to say those areas of the insular geography where the coverage of this fast connection to the Internet does not reach.

As reported to the Cabildo de Lanzarote, the director of the ACIISI, Manuel Miranda, the investment will allow an 80% coverage of broadband in the towns of Las Casitas, Maciot and Playa Quemada -in the municipality of Yaiza-, Las Laderas ( Teguise), Vega de Tegoyo (Tías), as well as Guinate, Órzola, Tabayesco and Ye, within the municipality of Haría.

Specifically, the users reached by said coverage will be able to have Internet connectivity through fiber optics at a speed of 100 Megabits per second.

On the other hand, the Cabildo de Lanzarote already has a reserve server room that “will allow to maintain the operation of the computer system in case of serious or sinister damage type fire or flood in the main room”, explains Manuel Cabrera.

The aforementioned reservation room is made up of servers, a storage booth, network electronics and backup systems, which allow a continuous replication of the information managed in the main room, which would allow this information to be available in a matter of hours. case of necessity.