Canary Islands asks Madrid to use the surplus 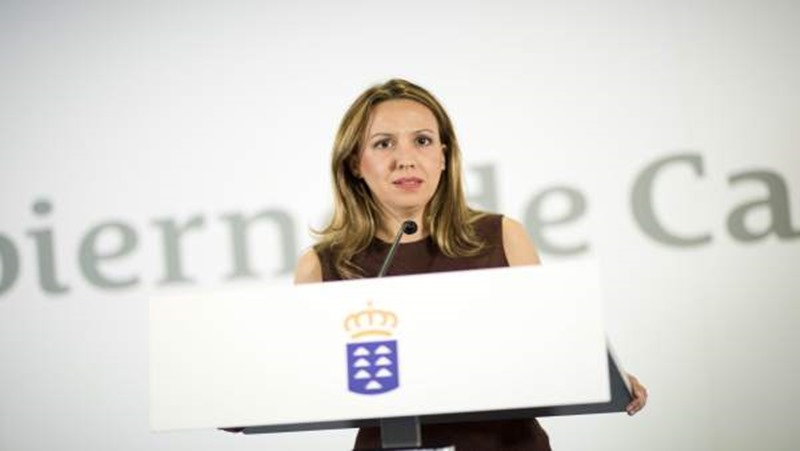 The Minister of Finance, Rosa Dávila, said that the Government of the Canary Islands continues to work for the Ministry to apply the surplus of the Islands in the General Budget of the Autonomous Community of 2019 and thus increase spending on health, education, social policies in the Archipelago . “For this, it is necessary to territorialize the spending rule,” he said.

He explained that “the approach of the Canary Islands remains the same as a month ago and is nothing other than allowing the autonomies and local compliant corporations to have their surplus in the preparation of their budgets next year.”

So it was again transferred yesterday, the counselor Rosa Dávila to Minister María Jesús Montero during a telephone conversation in which she anticipated what would be the position of the Canary Islands in the Fiscal and Financial Policy Council (CPFF) to be held next Wednesday , August 22, of not having a concrete response to the Canary Islands proposal to relax the spending rule to apply the surplus.

Dávila also clarified to Montero that “the expansion of the catalog of financially sustainable investments is not the solution nor is it the answer for the Canary Islands or for the citizens, because it would not allow, for example, to register more dependents, expand the catalog of services social, hire more health personnel or more teachers to understand the Ministry that consolidate spending and not meet the requirements to be considered financially sustainable investments.

Rosa Dávila recalled that currently the surplus of autonomy and local corporations amounts to more than 7,000 million euros. “Therefore,” he added, “it is nonsense that the spending rule is not revised, and that the Ministry of Finance prevents us from applying funds that are ours.” Thus, he lamented that “those who better manage are being punished.”

In this regard, criticized that the Government of Spain prefer to have more than 7,000 million “frozen” in banks, instead of allowing the autonomies and municipalities to use it to improve people’s lives and alleviate the difficulties that still have a lot of families. “It would be very unfair, especially if you take into account that the reason why you could be maintaining this position: offset the deficit itself and the deviation of the General State Administration, which reaches 21,658 million,” he said.

“Our demand is common sense and not attend to punish the Canaries, because no person will understand that, an autonomy like the Canary Islands, which has repeatedly complied with the objectives of deficit and has the lowest debt, can not use their own funds for expenses derived of the provision of essential public services “.

Rosa Dávila said that the Ministry of Finance “has not yet answered the report that a month ago sent the Canary Islands Government to the Ministry in which it identifies and details the proposal that could be applied to allow the flexibility of the spending rule without need to modify the Organic Law on Budgetary Stability and Financial Sustainability “. The counselor hopes that the positive response will arrive before the Fiscal and Financial Policy Council and in this way to be able to support the new path, since it would be fair with the autonomous communities that are compliant and not only serve to “please” the participants.

On the other hand, the Minister confirmed that the Government of the Canary Islands is already working on the draft General Budgets of the Autonomous Community for 2019, “despite the uncertainty about the PGE.”

“Our road map has always been independent of the events at the state level and of the vicissitudes that the different governments of Spain have gone through,” said Dávila. “This is what we have shown over the last few years, in which the Canarian accounts have been presented in a timely manner, regardless of what was happening on the national scene.”

“This is not the first time that we have not faced a delay in the approval of the PGEs, and even when there has been an extension of the accounts, the Canary Islands have had their budgets approved on January 1 of each year,” he concluded.