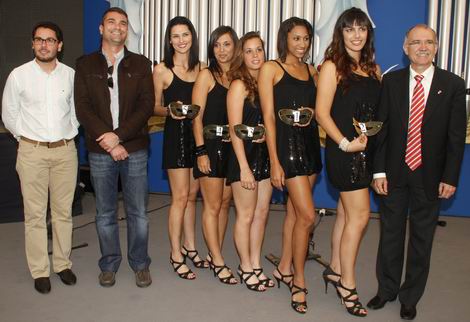 Eileen Medina Pita, only five years old, achieved the title Reina Infantil 2011 Arrecife Carnival titled ‘Under the Sea’ by designer Mari Carmen Medina. She was the only candidate presented to the contest, so the Department of Children Celebration decided to proclaim her Queen of Carnival, during a gala in which had a massive presence of children accompanied by parents, and a good amount of murgas. 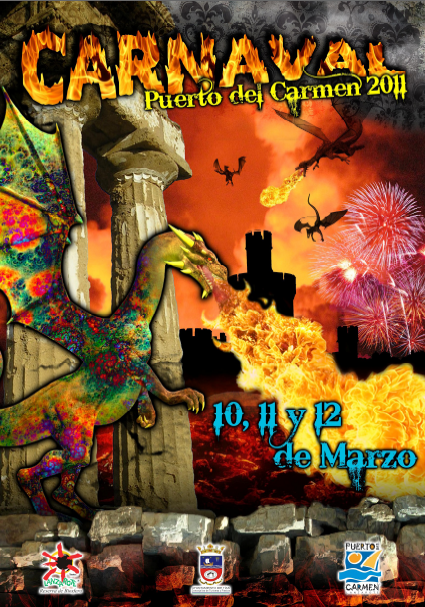 The first group of small murgueros to hit the stage was Chau Chau, followed by Intoxicaditos, Gorfinijos, Germs, and Guacimetitos Retoñitos. Each consisting of children aged four to 12 years, and in some cases, a history of up to 16 years participating in the carnival of the capital, had 15 minutes to sing their songs, hymns and parade.

The opening of the gala was provided by the School of Gymnastics Island Reef and Yaiza Lanzarote, who did a great display, while the musical performance starred Ana Mena, winner of “My Camp Rock” on the Disney Channel.

But the madness of the Reina Infantil of Arrecife Carnival 2011 came with the costume contest, when children rose from their seats and crowded the stage to front up and show their costumes to the judges.

In the end, the judges delivered a total of three awards: Award for best individual costume, which went to a small bride couple, prize two was for heavy metal, and the prize for the group – ‘Alice in the Wonderland, a fantasy that really worked, and which was not lacking in detail.

La XII Gala de las personas mayores organized by the Department of Social Services of Arrecife managed to impress the people that came to the Fair.

The event began with a video projection of “Domingo Brito in the recall,” after which the murga Los Incansables de la Asociación Amigos de la Tercera de Altavista performed with nine members taking the stage to dazzle public with fantasies of their costumes.

The musical group El Consorcio played songs from their latest album De Mocedades al Consorcio. After the performance, the nine candidates for the proclamation of the maids of honor and Queen of Carnival 2011 took to the stage.

Abreut Crucita Betancourt was awarded Queen of the Carnival of 2011 Designer: Manuel Camejo