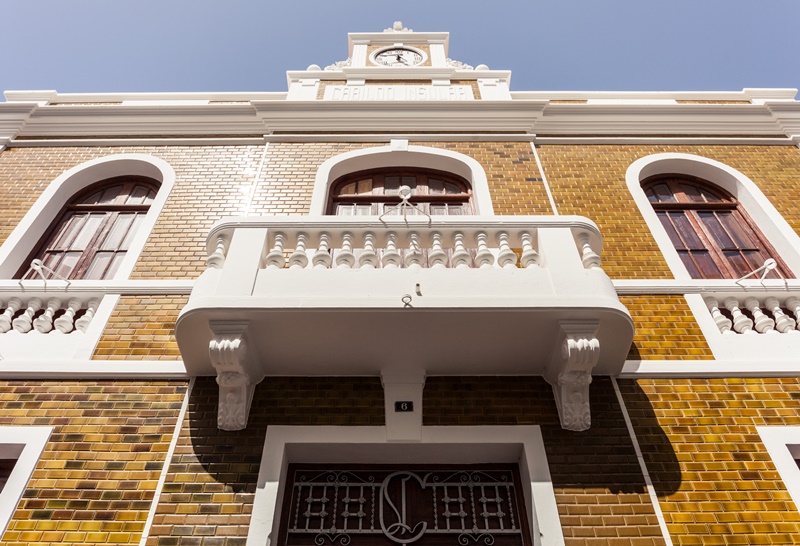 On May 15, 2015, La Casa Amarilla opened its doors for the first time. In these years, the Cabildo of Lanzarote has tried to give an informative and cultural use to an emblematic building in the center of Arrecife and to set up an exhibition space that would serve to deal with little-known topics of the memory and knowledge of Lanzarote.

In these four years have passed more than 26,000 visitors through the rooms of La Casa Amarilla, as well as social groups and dozens of educational centers of different levels, from primary to higher education. Due to its museological orientation and the significance and location of the urban environment in which it is inserted, its exhibitions have also been conceived for the tourist visit. In this sense, it is already part of a series of milestones or elements of interest of Arrecife, and at the same time has acted as a stimulating element (in its sociocultural aspect) of the commercial area of ​​the city.

During this time eight exhibitions have been held on different topics, such as the one dedicated to the photographer Jacinto Alonso Martín, an author born in Tinajo in the last third of the 19th century and almost unknown. Or samples about the history of fiction film shot in Lanzarote, the postcard on the island, the work of Agustín Espinosa, the arrival of the water treatment plant in Lanzarote, the Cactus Garden or the traditional carnival.

Currently, La Casa Amarilla hosts the exhibition ‘100 years: Lanzarote and César’, which is the second of the series organized by the Cabildo of Lanzarote, with the collaboration of the Government of the Canary Islands, on the occasion of the centenary of the birth of César Manrique.

Much of the exhibition content of La Casa Amarilla comes from the funds collected through the historical information service called Lanzarote Digital Memory (www.memoriadelanzarote.com), also developed by the Data Center and which offers the user thousands of photographs , videos and historical documents of the island.

On the occasion of this anniversary, the president of the Cabildo, Pedro San Ginés, wanted to show on behalf of the Corporation his “gratitude to the 26,000 visitors who in these years have passed through the rooms of La Casa Amarilla, as well as social groups and dozens of educational centers, as well as the personnel of the area and the Tourist Centers that work in this space, for the effort made in these first four years “. Similarly, the president of the Institution returned to “thank the almost 300 collectors, mostly individuals, who have allowed the digitalization of their old documents, many of them shared through Digital Memory of Lanzarote and in the different exhibitions carried out during these years. “

For his part, the Tourist Center and Data Center counselor, Echedey Eugenio, joined the President’s thanks, while also announcing that on the occasion of this day and the celebration of the International Museum Day, on May 18 , The Yellow House will offer this Saturday, day 18, an open day, which “invites the entire island population to enjoy it.”