César Manrique will receive another 46 flights this Saturday 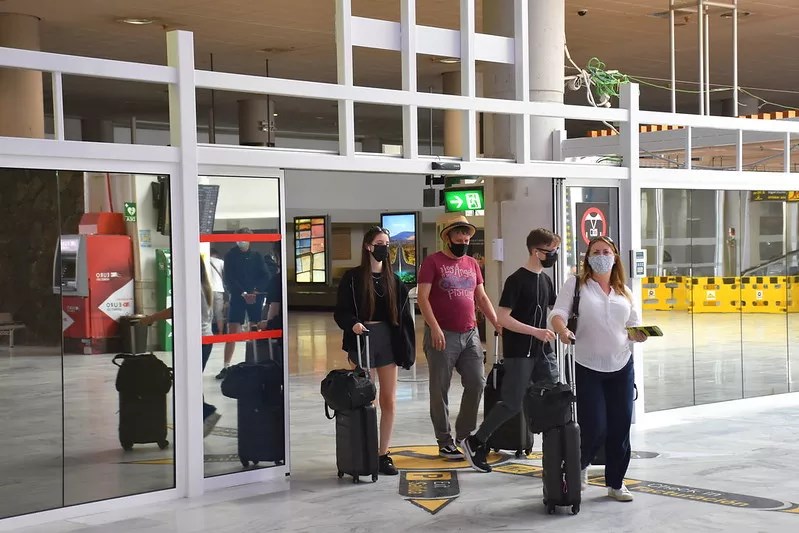 The Cesar Manrique Airport will receive this Saturday almost fifty flights from different parts of Europe, mainly from the peninsula and the United Kingdom.

Indeed, August has reactivated tourist activity on the island of Lanzarote, which had already started to come alive at the end of July with the arrival of national tourists and from other Canary Islands. In recent weeks, flights have multiplied, and especially those arriving from the United Kingdom, which keeps Spain at an amber traffic light, which means that all vaccinated British citizens who travel to our country do not have to quarantine upon their return.

Specifically, this Saturday five flights will arrive from Madrid, two from Barcelona, ​​two from Bilbao, one from Alicante, another from Malaga, Santiago, Asturias, Palma de Mallorca and another from Seville.

From the rest of Europe, four flights are scheduled to arrive from Paris, three from Dublin, two from Brussels, one flight from Amsterdam, another from Hannover, one from Warsaw, Bordeaux, Lyon, Eindhoven, Catowice, Milan and Nantes.

A day full of activity that gives a boost to the battered island economy and gives hope for the autumn-winter season as long as the contagions of this fifth wave are kept contained.