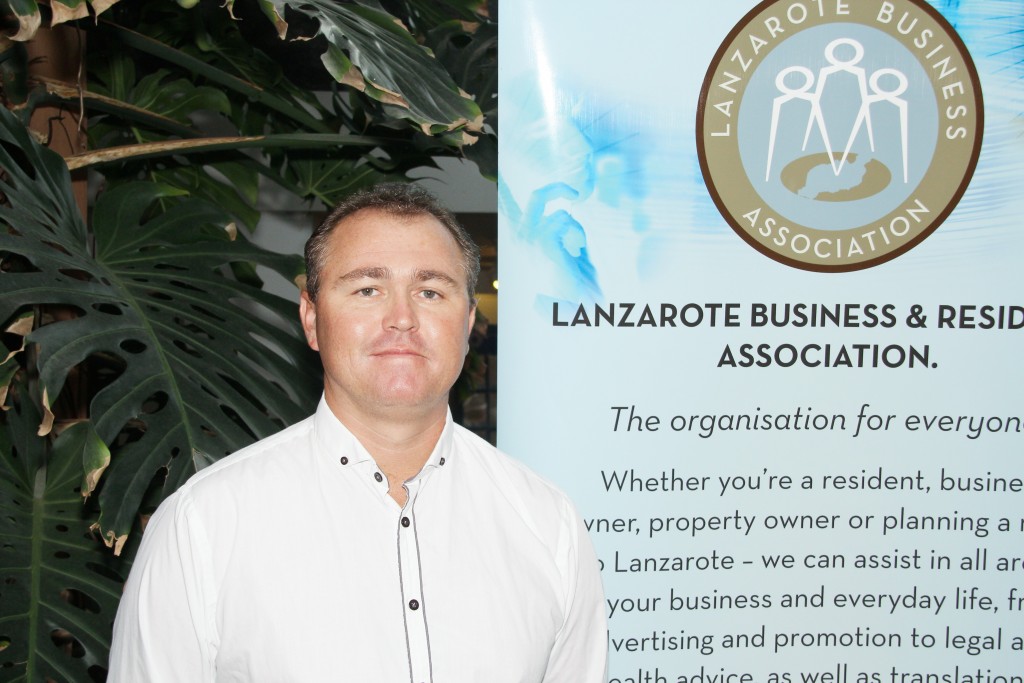 The LBRA President Daniel Trigg has been a resident of Lanzarote for the past 29 years and owner of a number of businesses for the last 20 years. He moved here at a young age with his parents and brother Jamie. Jamie and Danny grew up here and were schooled here. They have since both married and had children here and it was all these experiences that encouraged Daniel in his desire to help others.

Arriving on an island where very few spoke his language he found it difficult at first to be accepted and to integrate with the locals. In those days there were not many places you could go to for advice and assistance and many people felt isolated and were left defeated by the amount of “paperwork” and bureaucracy they had to face. In 2002 he formulated the idea of the Association, but then had to work through the necessary red tape until in 2008 the Association officially came into fruition.

As Danny says “When I formed the association in 2008 after many years of planning and work, it was my wish to be able to help others and I feel that this has now been successfully ​achieved.  The association is now a respected “member” of the community and is acknowledged by all the authorities and government offices.

In addition to his unpaid work at the association Danny is currently president of the PDC Football Club, owns a number of businesses and campaigns tirelessly for improvements on the island, as well as overseeing the numerous projects that the LBRA develops. In his leisure moments he enjoys spending valued time with his wife Lisa, his two sons and family without whose support he would not be able to function.

Daniel is extremely proud of the association and the work that it does, most of which goes unrecognised and as he always says the members are the most important part of the organisation, and our ​commitment is to work hard on their behalf and take care of their interests. Our overall objective is to continually increase tourism, improve the facilities, standards and services that the island has to offer,​and to support and create unity in the community. We have the knowledge, capabilities, enthusiasm and dedication to do this and with the support of our members we will continue to do so.