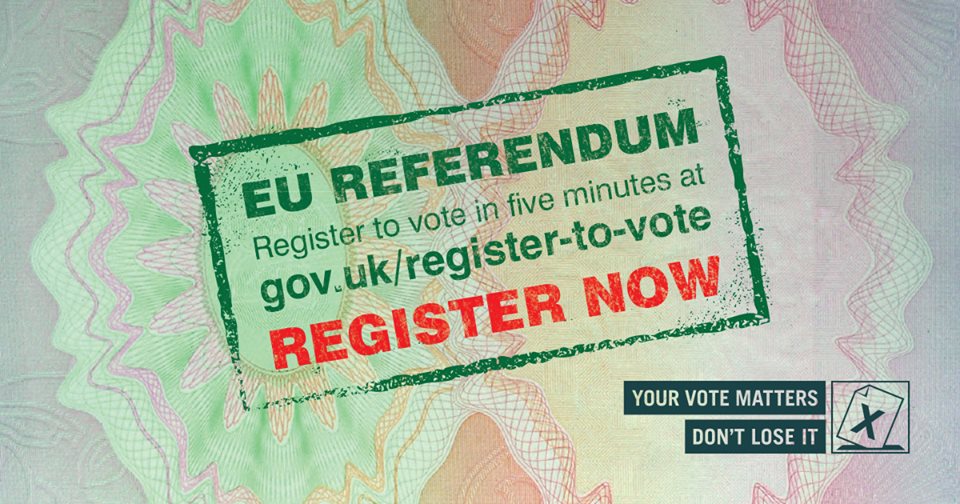 More than 1000 expats per day in Spain are clicking on www.gov.uk/register-to-vote
Ambassador Simon Manley urges Brits to have their say in EU referendum
Deadline to register for a postal vote is 16 May
More than 1000 expats per day in Spain are going online to the UK government webpage where Brits can register to vote in the EU referendum.
The British Ambassador Simon Manley today (Friday 29 April) described the strong interest among British expats in voting in the referendum as ‘very encouraging’. Speaking to partners of the British Consulate and local authority foreigners’ departments, who are helping to spread the voter registration message, Mr Manley said:
“The Foreign Office is supporting the Electoral Commission’s campaign to encourage Brits overseas to register to vote, and I’m pleased that so many are already preparing to exercise their democratic right.
“Whether your view is that the UK should remain in or leave the EU, I urge all eligible expats to register to vote in this historic referendum. You may have spent many years working or living in the UK and perhaps still have strong ties: family, property, or a pension. Whatever your circumstances, the chances are the referendum outcome will affect you or your family.
“So make sure you can have your say. It is for the British people to decide whether we’re stronger, safer and better off as part of the European Union, or on our own.”
Clicks on the www.gov.uk/register-to-vote from computer users with Spanish IP addresses have averaged more than 1000 daily since the overseas voter registration campaign began on 4 February. Since the beginning of the year, a total of over 80,000 people in Spain have visited www.gov.uk/register-to-vote.
More than a quarter of a million Brits live in Spain and the large majority are thought to be eligible to vote. You must have been on the UK electoral roll within the last 15 years, or if you were under 18 when you left then at least one of your parents must have been on the electoral list.
The deadline to register for an overseas postal vote is 16 May, in order for ballot papers to be sent out from 23 May in time for them to arrive and for you to send them back. Simply visit www.gov.uk/register-to-vote with your passport, National Insurance number and last UK postcode. The process takes just 5 minutes. If you do miss the deadline, you can still apply for a proxy vote.
Even if you registered as an overseas voter for the General Election last year, you do need to do it again. That’s because – just as in the UK – you must register every year in order to vote in UK elections and referendums.
Expats who want to know more about the EU referendum can visit www.gov.uk/government/topical-events/eu-referendum.
You can find out more about voting at www.aboutmyvote.co.uk/frequently-asked-questions/overseas-voters.
Consular partners and expats who want to use social media to signpost to others where they can register to vote can use this link: http://bit.ly/22zlEZp
Expats who left the UK more than 15 years ago are unfortunately ineligible to vote, because legislation intended to remove the time limit cannot be passed before the referendum date.
Ends