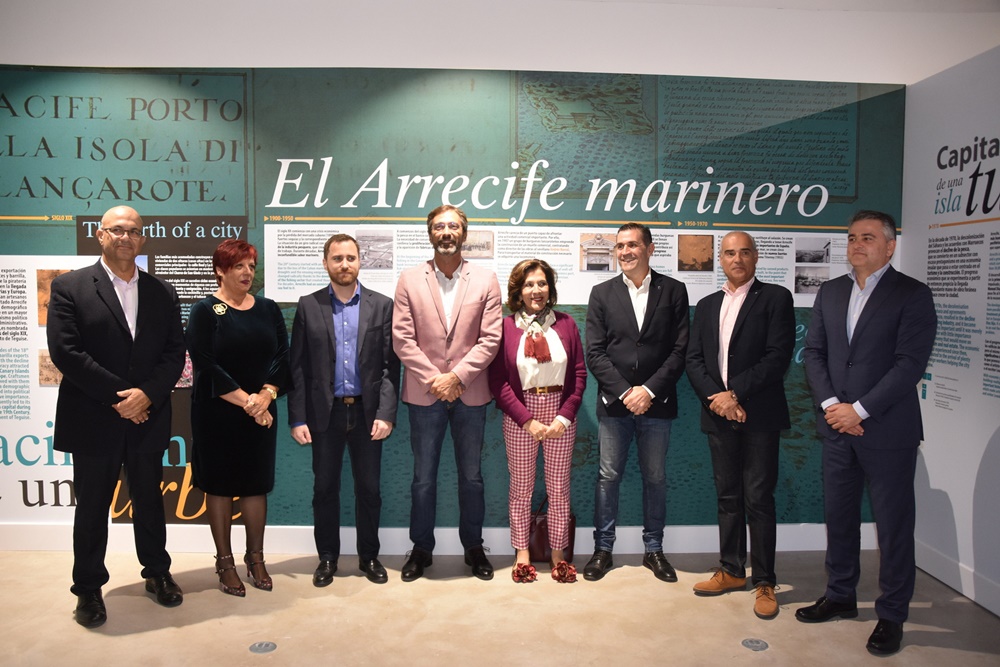 The Archaeological Museum of Lanzarote is already a reality after the opening, yesterday Thursday , of the side naves of the emblematic building on Fajardo street, in Arrecife.

Pedro San Ginés, President of the Island Council of Lanzarote, and Isaac Castellano, Minister of Culture and Tourism of the Canary Islands Government, together with the General Director of Heritage, Miguel Ángel Clavijo; the president of the Board of Directors of the Tourist Centers, Echedey Eugenio; and the adviser of Historical Patrimony of the Corporation, Carmen Rosa Márquez; among other authorities, were responsible for inaugurating the first phase of a project set “in a legislature of a lot of media noise, in which in reference to this Museum have had to clear many criticisms, and among others, the reasons for the purchase of the house where we are today inaugurating these first two rooms, “said the president of the Cabildo, who did not want to spend thanks to the technician of the Heritage Service, Nona Perera, “for the honesty” demonstrated with this matter when corroborating the facts as they happened with regard to the proposal of acquisition of the property, as it has been repeatedly explaining the President of the Corporation during these almost five years. “The reasons for the purchase were not other than the recovery of the emblematic building of the capital, unique for its architectural and buildable singularity,and the enhancement of our rich archaeological and ethnographic heritage,found on the island dating from aboriginal times, and ancestral culture. A rich heritage that reminds us and makes known to the population that the Canary Islands is the only island of Macaronesia that was already populated before the European conquest, “explained San Ginés, among other contributions and references to the content that can be seen starting of this Friday, December 21, at Calle Fajardo, number 5 of Arrecife, contents that will be completed gradually, updating the samples and translated equally into several languages.

This is an “identity” project, said the president, in which visitors to the island “can find the signs of the place to visit”, enriching in this sense not only the knowledge of the resident population but also the experience of those who visit the island. It is also “an obligation of the local corporations to protect, preserve and disseminate all this heritage to bequeath it to the future,” said the president of the Corporation. Not in vain – he continued – the Heritage has been one of the great bets of the Cabildo in this legislature, with the Site Museum and the site of Zonzamas, the one of Fiquinineo and San Marcial del Rubicón, the recovery of the Salinas del Risco and Naos , a restoration already and the other that is in project, the restoration of two Mills, through subsidies,“An unprecedented commitment, firm and determined in this term, as never before, with our heritage,” he said .

During his speech, San Ginés also said that they are “very proud and satisfied” of the result of this project and the first phase that he described as “extraordinary” and the future of the Museum that “will also be, despite the hidden vices that he had the house and other bureaucratic problems that affect his intervention, such as the Arrecife town hall catalog that does not allow today to rehabilitate, but to restore, among others. “

Finally, the president wanted to thank especially the Government of the Canary Islands, and its president, Fernando Clavijo, for the support of this museum project, as well as the Minister of Culture and Tourism, Isaac Castellano, and the Director General of Heritage, Miguel Ángel Clavijo , for the implication and commitment that they are also making with regard to the enhancement of Lanzarote’s island heritage.