Fire station for the south of the island

The works of the South Fire Station are developing at a good pace, it is expected that they will be completed before the end of the year and that the new service will be operational in February 2019. The president of the Cabildo de Lanzarote, Pedro San Ginés; the president of the Safety and Emergency Consortium; Juan Manuel Sosa; and the mayor of Yaiza, Óscar Noda González, came to check the progress of this project, which has a budget of € 638,000 from the Cabildo de Lanzarote and which runs in what is known as ‘Casa del Médico de Uga’, a building 254 m2 yielded by the Municipality of Yaiza for this purpose, which will also house the Civil Protection Association of Yaiza.

The building where the staff is located is a construction over 55 years old, consisting of the dispensary and the old family home of the doctor. It is located on the mountain Miguel Ruiz, at the entrance of Vallito de Uga.

San Ginés advances that “simultaneously to the work has been processed the acquisition of the transport that needs this endowment for its operation: a vehicle scale, a first intervention vehicle BUP (heavy urban pump), a mountain rescue vehicle, and a watercraft, so that from the end of the project can be launched, as well as the reinforcement of staff since this service will be equipped with three troops daily “.

For his part Óscar Noda notes that “the City of Yaiza once again confirms its commitment to inter-administrative collaboration, in this case, to improve the response capacity of professional and material resources in emergencies that arise both in the towns of the municipality of Yaiza as in Tías and Tinajo. “ 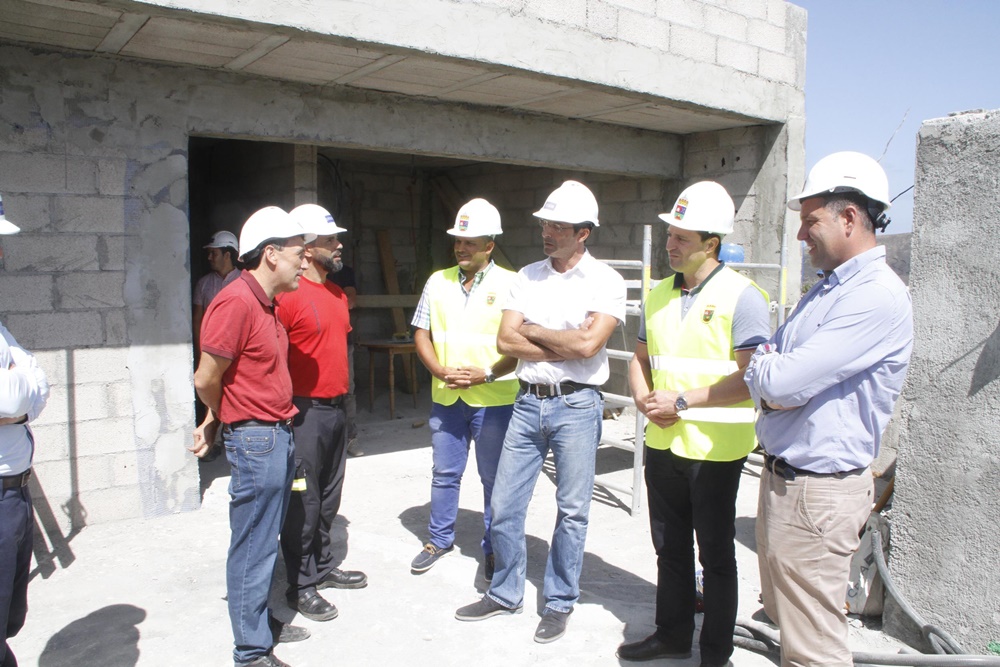 The mayor of Yaiza and the president of the Emergency Consortium verified that this location responds to the needs of the service; has enough space between the building and the plot; It has a quick access to the general southern highway; and being at an intermediate point between the municipality of Tias and Yaiza, will allow to reduce intervention times in emergencies that may occur in both municipalities. The planned project involves not only the conditioning, but the restructuring of the property, in order to adapt it to the new needs implicit in the new use.

The proposal takes into account the age of the construction, therefore in the existing building, only some terraces have been covered.

In the building, -the Casa del Médico- will be the living part, which will have a training room, bedrooms, toilets, meeting room, reception-control and changing rooms, among other facilities.

The project also requires the extension of the building, since the constructed area that is counted does not cover the anticipated needs.

Another independent infrastructure has been added, attached to the garage, connecting it to the main building, by two passages (one on the ground floor and the other on the top floor). In this new construction in addition to the garage for emergency vehicles, there is also the gym. It is located on the west side of the most exposed perspective, always seeking to avoid the impact of an enclosure of these characteristics in a rural environment.

This new endowment is essential due to the population increase in the south of the island, proof of this is that currently and until the works are finished there is a three firemen’s checkpoint in the port of Playa Blanca.