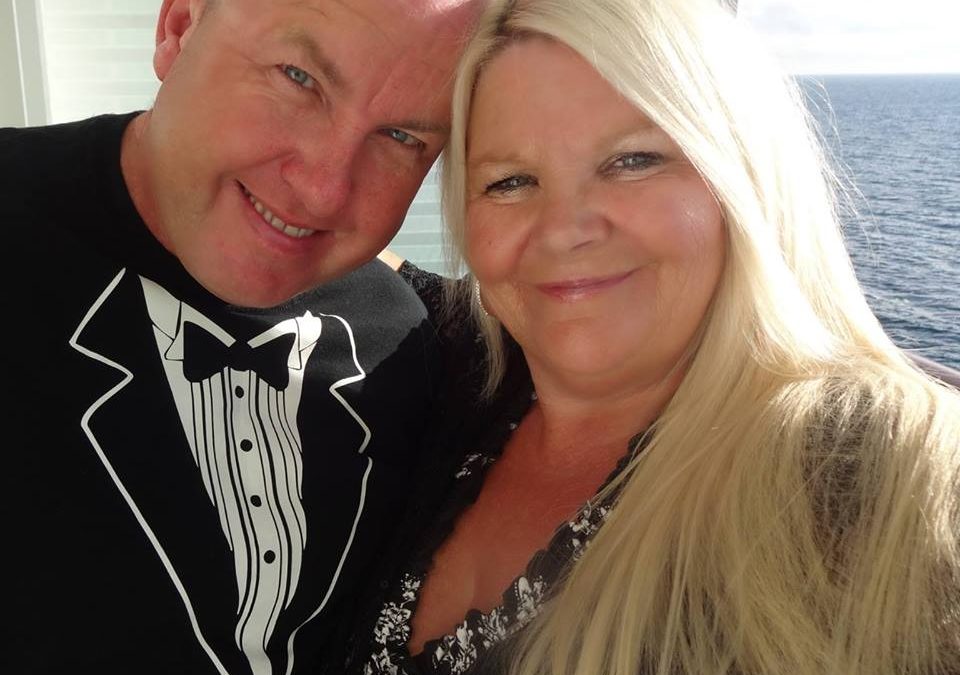 John & Irene Spinks took on Go Karting San Bartolome almost 7 and half years ago.  At this time it was pretty much derelict and required a lot of investment and work to get it functioning as a viable business. In the beginning  they  had no contacts, did not speak Spanish, and knew nothing about the sometimes  complex, and very frustrating Spanish paperwork system, and had absolutely no prior knowledge of running  a Go Karting business,

However, they faced this challenge head-on, and turned the business around, to make it one of the top attractions on the island with over 50,000 visitors per year.

Obviously this took a lot of commitment, time and energy, of which they had lots, but had to dig deeper at times to find more!  They found time to get married last year, as the track now had a structure in place that gave them more time to commit to themselves, and a life outside of Go Karting.

After the busiest, record, summer ever, at Go Karting last year, John & Irene sat down to discuss their business plan for 2017.  It was at this time they considered the possibility of retiring!!

We knew the track was the best it had ever been, the top of its game, it was well established, well known, and we had by far the best team of lads running it and working there.   It allowed us to travel a lot, knowing it was in good hands whilst we were away.  We also realised there were so many other potentials for it, but this would require continued commitment and definitely stamina to achieve more. However, as we were both almost 8 years older now, and had put all our blood, sweat and tears into the track, we certainly felt it was time for us to slow down a bit.  We appreciated though, that to slow down at Go Karting for us, was never an option,  we knew we could never do that as long as we owned it. So we made the very difficult decision to sell the track.  However, we knew we would only pass the business on to someone who had the same work ethics, drive and determination for success that we had, and someone that would love it as much as we did.  We found this in Rob, Phil, Rachael and Roly who have previous experience of running a successful karting business in the UK.  This was an opportunity for them to continue in a business they love but with the added benefit of a fantastic life in the sun.  Therefore, with a heavy but happy heart, we completed the sale on 10th October, and have now officially retired.  It will take a little time for us to get use to the transition from continually working to doing practically nothing! (If indeed we can, time will tell!!).  However, we look forward to having more time to appreciate this beautiful island we live on, and walking our dogs.  We have also bought a little lodge in the Yorkshire country side which we plan to visit every few weeks and allow us more time to see the family.  We have travelled a lot over the last 2 years, and there are many other places we would like to visit. Also, John has started writing a book which he wants to finish, and hopefully  have published in the future.   So, still exciting times ahead. However, Lanzarote remains our home, you will still see us around; we will continue to support and attend  local charity events, and as members of Lanzarote Amateur Dramatics, can again commit more time to this (a little plug here – our next show will be at Lanzarote A Caballo on  1st,2nd & 3rd of February 2018)  Of course we have to say a big thank you to all the residents and visitors to Go Karting San Bartolome over the last 7 and half years who helped us achieve as much as we did, and of course Danny, Silvia and Rita from the LBRA who assisted us along the way, an association of which we are going to continue as associate members. So, here’s to retirement, and the next chapter in our lives, watch this space.

Oh many thanks John and Irene and we wish you every happiness for your future. John and Irene will stay part of the association as affiliated members and John is remains a committee member.