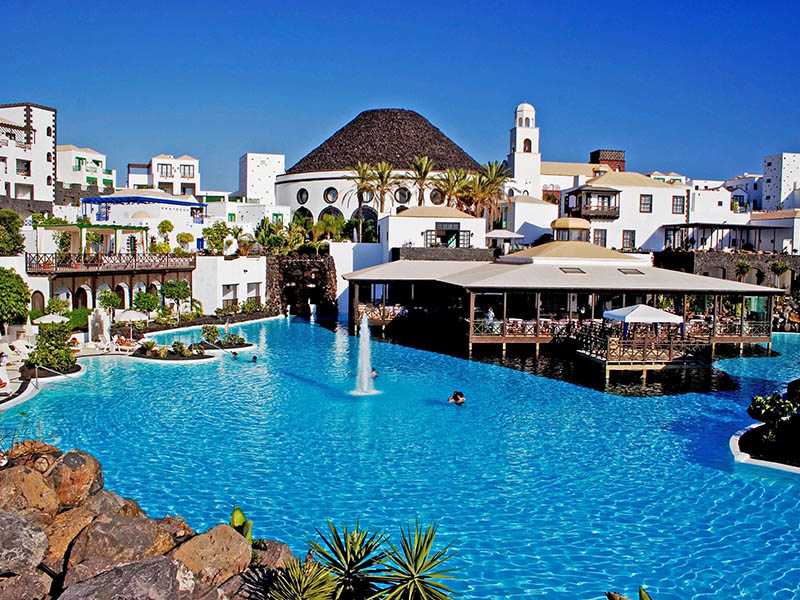 The island’s tourist establishments resume activity after several months of hiatus as a consequence of the spread of the coronavirus. Some opened their doors to the rhythm of the de-escalation and for weeks have offered their services to residents, but with the arrival of the peninsular traveler and the first ‘guiris’ of the season, more and more hotels are opening their doors to the public.

With all the efforts aimed at complying with the health and safety protocols defined in the agreements reached at the state level for the hotel sector, this month of July almost fifty establishments reopen on the island. These include such renowned centers as the Hotel Sands Beach Resort or the Grand Teguise Playa de Costa Teguise; the Beatriz Playa & Spa in Puerto del Carmen; the Relaxia Lanzasur Club in Playa Blanca or the Hotel Costa Calero & Spa in Puerto Calero, among others.

Although the reopening of the different accommodation complexes is proving progressive , it is worth noting the start-up of the large hotel chains established on the island, which return to normality, the vast majority, in the middle of this July , reactivating the activity as demand grows.

And it is that the opening of the sector not only represents the return of tourism to the Canary Islands, but the return to work of many workers dependent on the tourism sector who have been forced to temporarily remain unemployed.

See the list of hotels that open this summer