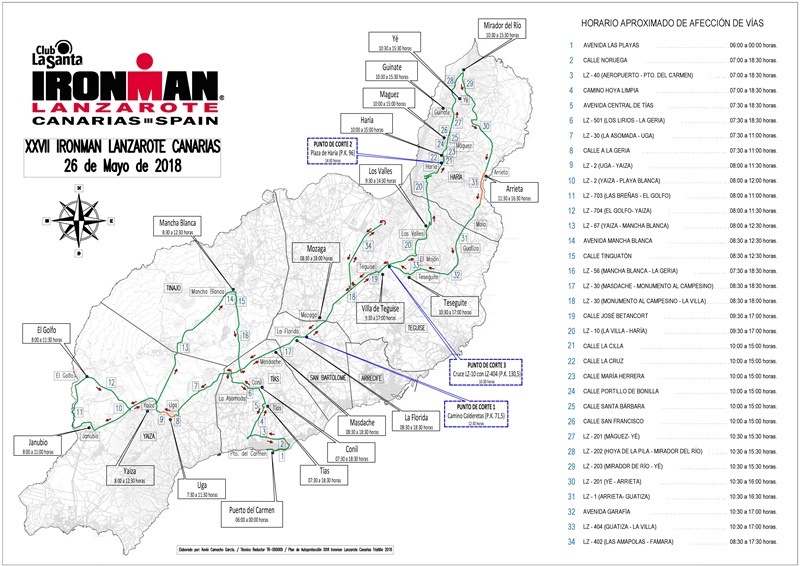 The Cabildo of Lanzarote presented this Wednesday during the inauguration of the ‘Lanzarote Ironman Expo 2018’, which will remain open until this Saturday May 26 at the Avenue of the Beaches of Puerto del Carmen, the App ‘Routes Alt’, free application for devices mobile that will allow to know the closures to the traffic and reopenings of the roads where the cyclist segment of the Ironman Lanzarote, to celebrate in the cited date.

This App, which can be downloaded from the lanzarotedeportes.com website of the Insular Sports Service, or through the link goo.gl/X4iUzW, “will allow to know from now on in real time and in a dynamic and simple way which roads are cut and the alternative routes in sports events and other events organized by the Cabildo, “said sports councilor Patricia Pérez, who also highlighted” the great acceptance with which this Ironman Expo was held last year, when it was moved First time in Puerto del Carmen, which has caused that this year we have extended another day and increased the number of exhibitors. ”

In this sense the CEO of the Society of Foreign Promotion of Lanzarote (Tourism Lanzarote-SPEL), Hector Fernandez, considered “a success” the transfer of the fair “to this wonderful space because it reinforces the tourist value of Ironman itself by allowing a much more direct contact of the tourist with all the elements of this sporting event “, as well as allowing them through the European Sports Destination booth installed by Turismo Lanzarote” to know other sporting events that are organized through this distinctive brand what is a promotional element and tourism for the island of great