Lanzarote has a new route with Venice operated by EasyJet 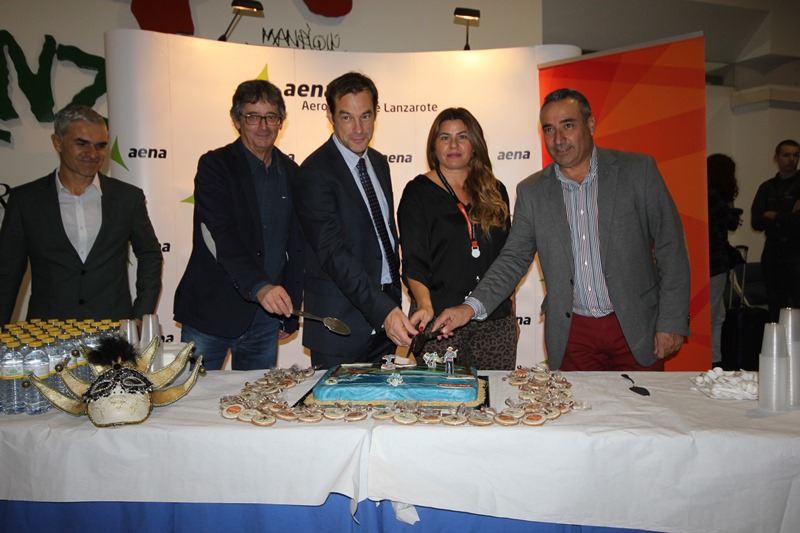 This new direct connection during the newly released winter season, runs from October 28 to March 30, 2019

The new route, operated by EasyJet, has two weekly frequencies on Tuesdays and Saturdays. The airline will make 86 round trips until the end of the aforementioned winter season. With this link, EasyJet increases thirteen connections from the Island to Europe.

The plane, an Airbus A320, landed around 4:30 pm and was greeted by the airport firemen with the traditional water arch. Upon arrival of the flight, the insular director of the State Administration in Lanzarote, Juan Ramón Pérez, the director of the Airport, Juan Carlos Peg, the Tourism Promotion Councilor of the Cabildo of Lanzarote, Ángel Vázquez, the CEO of the Society of Foreign Promotion of Lanzarote (SPEL), Héctor Fernández, and Rosa Medina, on behalf of the company, welcomed the passengers and the crew with a commemorative cake.

In addition, and to liven up the day, travelers were received with popular music by Palron Parranda