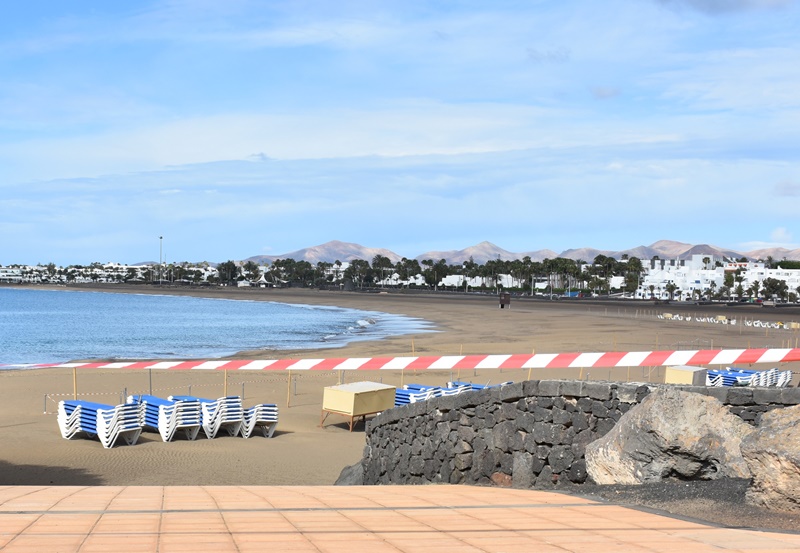 Half a million fewer people have arrived in Lanzarote in the first four months of this year compared to the previous year. 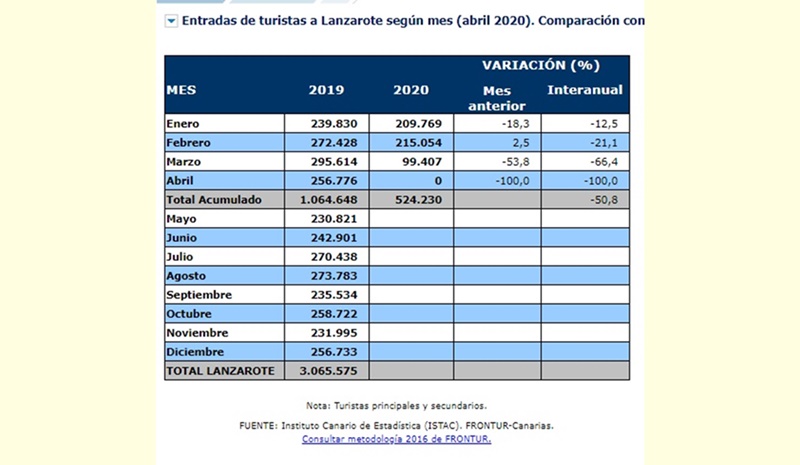 If we put the magnifying glass in a detailed month-to-month analysis, we see that the first two months were maintained although with a slight decrease in January, which went from 239,830 visitors in 2019 to 209,769 this year, and a somewhat more pronounced decrease in February, in The figure went from 272,428 last year to 215,054 that arrived in Lanzarote in the second month of the year in 2020.

The figure already fell more noticeably in March. In 2019, 295,614 people visited Lanzarote that month, while this year only 99,407 did. Tourism suffered, in the month in which our country began the state of alarm, a drop of -53.8 percent.

April already produces much more dramatic figures. While 256,776 tourists visited Lanzarote last year, in 2020, when the international scene was already one of total paralysis, with most countries in a state of alarm and Spanish airspace completely closed, the island reached zero tourism: not a single Only tourists visited the island in April this year.

Last year 2019 the island closed the number of visitors at 3,065,575 people. We will have to wait to know what fall tourism in Lanzarote suffers this year from the coronavirus.