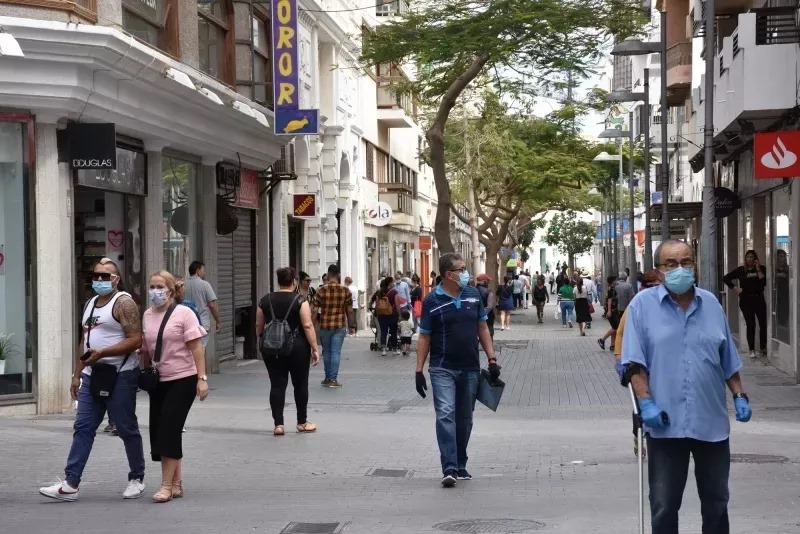 One more week, Lanzarote remains unchanged. In fact, no island will level up or down over the next week. This means that Tenerife and Gran Canaria remain at level 4; Fuerteventura, in the 3; La Palma, Lanzarote and La Graciosa, in the 2; and La Gomera and El Hierro, in 1.

This decision is based on the report of the General Directorate of Public Health which highlights the downward trend of all pandemic indicators except for stays in ICU beds.

The report highlights that 2,460 cases have been reported from August 11 to 17, which represents a decrease in the daily average of the number of reported cases of around 37% compared to the previous week. All the islands have followed this pattern, except Lanzarote which has remained stable.

In relation to the rates of AI7d in the population aged 65 and over, a decrease is observed both in the Autonomous Community as a whole (high risk) and in each island except Lanzarote where it increases, with respect to the previous week although it has dropped the last 2 days. Despite the general decline, in Tenerife the rate is at very high risk, high in Gran Canaria and medium in Fuerteventura, the rest of the islands low or very low.

The number of conventional beds occupied by COVID-19 patients is in decline on the islands, thus in the Autonomous Community as a whole it has gone from a daily average of 339 occupied beds to 291. The percentage of occupancy is at low risk or very low in all the islands except Tenerife.

However, the number of ICU beds occupied with respect to the previous week continues to increase. The Community as a whole has gone from an average of 100 occupied ICU beds to an average of 106 in the last week. The greatest increase is observed in Gran Canaria with 4 more beds on average occupied compared to the previous week and in Lanzarote with one more occupied bed. Regarding the indicator, the percentage of occupancy in ICUs is at very high risk in Tenerife and at high risk in Gran Canaria, Fuerteventura. In this indicator in the rest of the islands, the risk is very low.

The report of the General Directorate of Public Health states that “it must be taken into account that in this fifth wave a greater risk of infection was attributed to young people, however, the passage of weeks and the limitations imposed on containment measures non-pharmacological, contributed to the spread of the infection to the family, work and social environments of other age groups. hospitals to younger people. This pattern is the one observed in recent weeks. Now, after the older age groups have been exposed and affected, and the incidence rate is in full decline, although it is still at high risk ,the median age of patients in hospitals has increased. ”

It should be noted that of the 253 people admitted to conventional beds in the last two weeks, 64% were without immunization; A figure that in the case of those admitted to the ICU amounts to 81%.

The number of daily deaths has been increasing for four weeks. In the Autonomous Community as a whole, the daily average of deaths in the week between July 21 and 27 was two deaths; the week between July 28 and August 3, was 3; Between August 4 and 10, the daily average is 4 deaths (26 deaths in total) and this last week, on August 12 and August 17, the highest figure was recorded: 7 deaths. There have been 27 deaths in the last 7 days. 75% of those who died in the last 15 days were 68 years old or older.