Lanzarote started 2011 with a 7.5 percent increase of tourist occupation 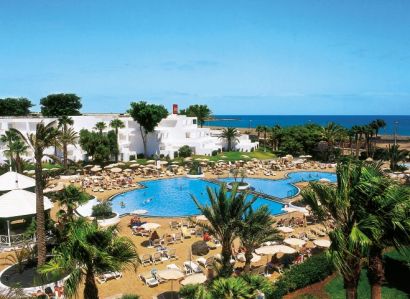 The establishments of extra hotels and hotels in Lanzarote reflect the first data to show “the expected recovery,” of the tourism sector, according to Asolan. In January, the island achieved an occupancy rate of 72.65 percent, 7.5 percent over the same period of the last two years (2009 and 2010).

According to the study by Asolan it increased by 81.49 bungalows and apartments, 77.50 per cent. The non-hotel sector has the majority of the increase, in terms of volume.

By the different segments, the aparthotels achieved a 74.34 per cent rise, followed by 4 star hotels (the second largest segment) with a 72.34. The 6 luxury 5-star hotels exceeded, on average, 54.40 percent.

In January 2009, the occupancy rate stood at 65.10 percent, and last year was 65.11 percent. Throughout 2010 the average occupancy for hotel and apartments was 69.42 percent residency.

The president of Asolan, Susa Pérez, remark that this study shows the slight recovery of the tourism industry thanks to the improving economy in the United Kingdom and Germany, major tourism generating countries to the Canary Islands, together with increases in airline seats and new routes for airlines.

In February, according to Asolan, it is expected that this study can be better compared with 2010 as a result of diversion of tourists who had planned to travel to Tunisia or Egypt. In the coming months of the current winter season, it is estimated an influx of 65,000 additional tourists, from these destinations will instead come to Lanzarote.