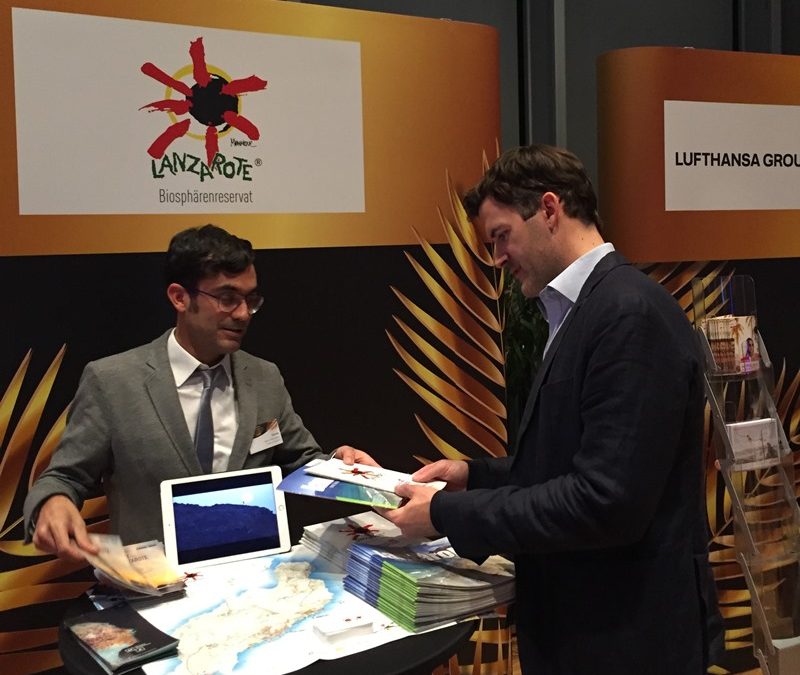 The Lanzarote Foreign Promotion Society (SPEL-Turismo Lanzarote), chaired by the Councilor for Tourism Promotion of the Cabildo of Lanzarote, Ángel Vázquez (PP), has recently participated in two promotional events held in Austria and Germany.
The first of them consisted of a roadshow organized last weekend in November by the tour operator FTI Austria, which had the participation of 130 travel agents in the first day held in Graz and another 220 in the second held in Vienna.
Turismo Lanzarote, represented by its delegate for Germany, Central Europe and Eastern Europe, Denis García, had its own stand in which the screening of the new promotional video that gathers in a pleasant and dynamic way the attractions offered by the island caused a sensation .
The second event, jointly co-organized with the tour operator Alltours, took place on December 4 in Zwickau and consisted of an exclusive presentation of the destination to the 22 tour operators with the highest sales index in this city, located in East Germany and about 100,000 inhabitants.
In this sense, Ángel Vazquez underlines the cooperation agreement that Turismo Lanzarote has signed for the second consecutive year with Alltours, one of the most important tour operators in Germany by sales volume and the second in terms of issuing German tourists to the island.
It also highlights the importance of the promotional action carried out in Austria, as a result of a cooperation agreement signed with FTI – based in Munich and Germany’s fourth largest tour operator – to carry out joint marketing actions in both countries .
As a result of the agreements with these two permanent partners of SPEL-Turismo Lanzarote, we have been able to carry out these actions that contribute to boost a very important market for the island, such as the German one, with the aim of converting into real tourists the increase of more than 25% reservation of air fares from Germany for this winter; as well as positioning ourselves before another very attractive market such as the Austrian, with high purchasing power and notable tourist spending “, points out the counselor.