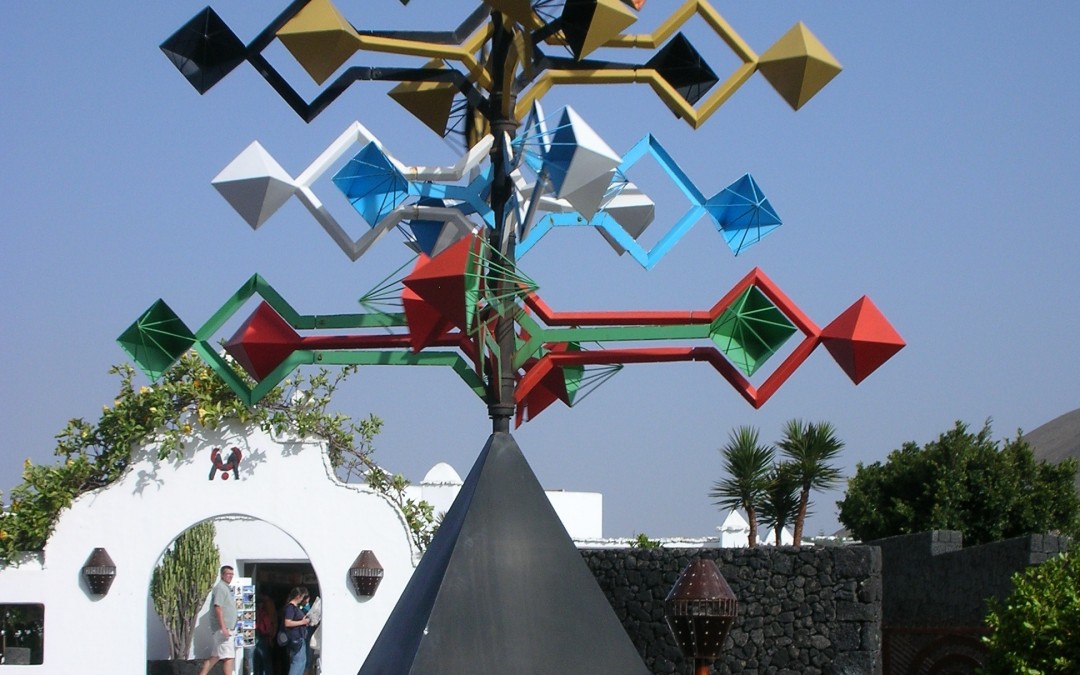 It is a fact that there is only one ‘high -rise’ building on the whole of the island of Lanzarote. The Gran Hotel in Arrecife, the capital, stands out as an easily identifiable landmark from land, sea and air.

One of the reasons why so much of the island remains unspoiled is the influence of the Lanzarote born artist, César Manrique. He and his contemporaries devoted their energies to ensuring that Lanzarote did not become overdeveloped. He spearheaded the movement to promote sustainable growth, allowing the island to retain its unique character whilst catering for the tourist trade, which is the lifeblood of the island’s economy.

Seven places of exceptional beauty exist on the island because of his vision and skills as an artist and architect. The Manrique Foundation is his legacy and exists to maintain these monuments and to monitor development on the island. Local laws make it illegal to alter the typical Canarian buildings around the coastline and traditional building methods and materials are encouraged all over the island. The charm and character of the little towns and villages remains unspoiled and even the tourist resorts have been tastefully developed to combine the needs of the tourist trade with respect for the island’s beauty and its status as a Biospheric Zone.

The population today, of around 140,000, includes many English residents, slightly fewer German, and a smaller number from elsewhere, who have visited the island and found their perfect second home or ideal retirement place in the sun.

The local people are friendly and welcoming and the pace of life is relaxed and enjoyable. Traffic jams are unheard of and the crime rate is low compared to other places in Europe. The climate is pleasant all year round with gentle breezes to offset the heat of the sun in the summer and minimal rainfall in winter, when the temperature rarely falls below 12 degrees centigrade even during the night.

There is virtually no heavy industry on the island and that means minimal air pollution.

Lanzarote is the most easterly of the Canary Islands. It lies 100km (60miles) off the coast of Africa, is 60 km from North to south and 20km at its widest point. Despite its relatively small size it is extremely varied and interesting with a rich history and culture. Since the 15th Century it has been a province of Spain. The south of the island is dominated by the spectacular volcanoes which resulted from the eruptions on the 18th century.

The volcanoes in the north are much older and the plant life and appearance of the landscape are quite different. It is worth noting that despite being a volcanic island there has been no loss of life directly resulting from volcanic activity on the island in recorded history. The volcanoes are of the Hawaiian, or Stromboli, type which give ample warning over weeks, or even months, of impending eruption and every device invented exists on the island to monitor the volcanic activity.