Líneas Romero incorporates a catamaran for the Lanzarote – Fuerteventura line 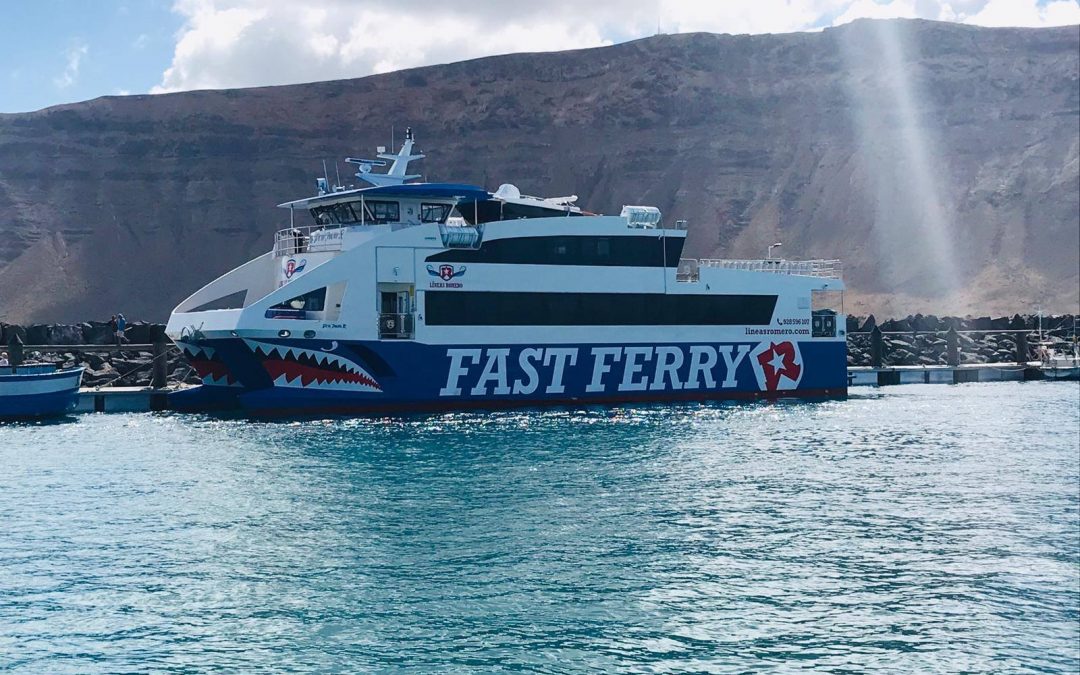 Caleta de Sebo, April 2, 2019. Lines Romero has since last Sunday, March 31, with Don Juan, a new fiberglass catamaran that will cover the route between Fuerteventura and Lanzarote in just half an hour . Thus, the shipping company continues betting on innovation and expands its fleet with a ship that has capacity for 340 passengers and modern benefits.

The Don Juan, baptized in honor of the company’s founder, Juan Romero Morales, will cover from May 1 the route between Playa Blanca and Corralejo in half an hour. This has meant an improvement in time, with respect to the 45 minutes of the journey of the Bocayna Strait, which the company has been carrying out since 2007 with its two ferries, Princess Ico and El Graciosero, with a capacity for 250 people each. The Don Juan arrives, as well, to reinforce this service, offering greater comfort to its passengers.

In this way, Romero Lines will offer 8 connections from Monday to Saturday and 4 on Sundays between Lanzarote and Fuerteventura and vice versa.

A family company committed to innovation

Líneas Romero has a long history linking islands. It all started in 1930 when Jorge M. Toledo Betancort established the postal mail maritime company between Lanzarote and La Graciosa, Naviera Toledo. It was not until 1970 when the company fell into the hands of Juan Romero Morales, who worked in it and was the husband of Mrs. Juana Toledo González (daughter of Jorge M.). From that moment, the company changed to its current name.

In 1985, her four children inherited the business: Luis, Juan Jorge, Federico and Rosa Romero, who are currently in charge of it. Although the company has not stopped growing, its family values ​​and its love for its Island remain intact.

Lines Romero is today a recognized company with 100% local capital, which has opted for innovation to adapt to the circumstances. Thus, the growth of tourism and population has led to the company having increased its fleet and diversifying its offer. Currently, it has a regular service of maritime lines between the islands of Fuerteventura, Lanzarote and La Graciosa; with fast, modern ships and with the latest technology. In addition, it also offers excursions and tourist experiences with specialized guides among the Canary Islands, such as cruises on boats with marine vision, sailing catamarans and various water activities.