News from the Cabildo 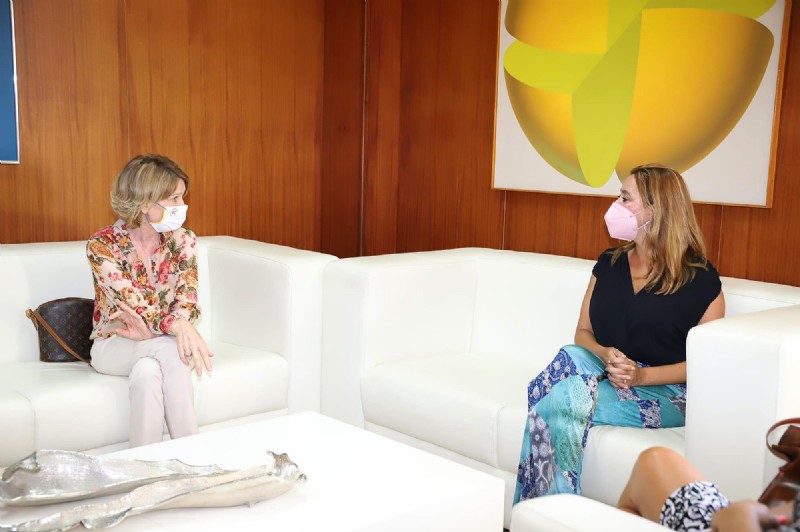 The Cabildo is committed to improving connectivity with the United Kingdom

The president of the Cabildo de Lanzarote, María Dolores Corujo, received this Thursday the visit of the British vice consul of Las Palmas, Jackie Stevenson and the honorary British consul of Lanzarote, Susan Thain with the intention of strengthening international tourism relations.

During the meeting, María Dolores Corujo highlighted the importance of maintaining and consolidating institutional relations with the United Kingdom, one of the main source markets for tourists arriving in Lanzarote, which also has an important community of citizens residing in the Island.

In this context, Dolores Corujo thanked the confidence of British tourism, which in July led the number of foreign visitors who arrived in Lanzarote, with more than 17,000 tourists, thereby helping the recovery of a fundamental sector for the development of the island.

It also decided to maintain regular contact with representatives on the islands of the UK to further improve these figures and analyze at the same time, various topics of interest to l to citizenship and the community of English residing in Lanzarote, the second Canary Island with more registered residents from this European country.

“From the Cabildo we want to maintain institutional collaboration with the United Kingdom and its citizens who, after so long, continue to contribute to our culture, creating new ties between the two islands,” the president highlights.