No to Oil Signatures presented to Global Action Lanzarote office 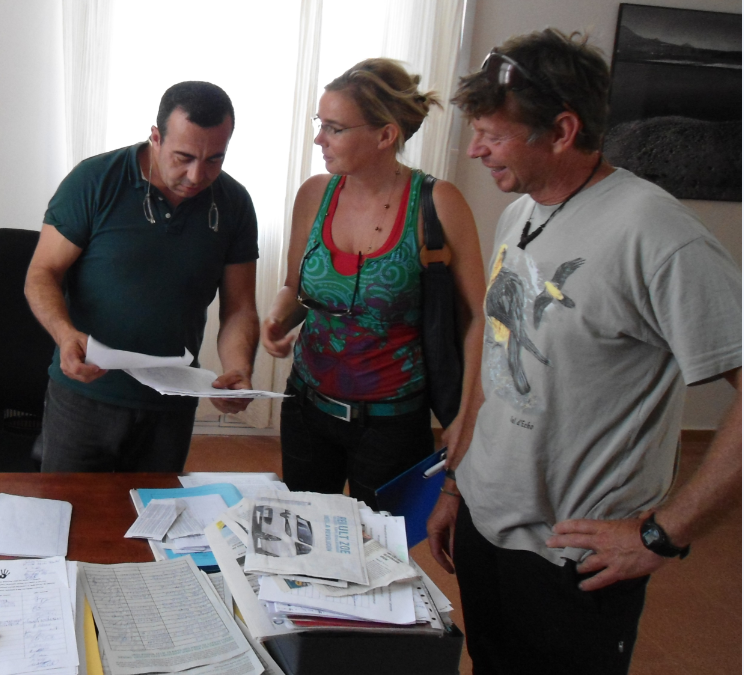 Although extremely busy, Ezequiel found time to thank the association and everybody who has signed the petition of declaration of “Non Grata companies” to the 3 multinational companies involved in the planned drilling in 2014, in an area situated between 9km and 60km off the coast of Lanzarote and Fuerteventura. He also welcomed and spoke to many other individuals and organizations today, all of them handing in signatures to show the support of residents to the campaign.
The objective was to collect a thousand signatures, but the good news is, that we can definitely be assured that the exercise has been a great success and the number of signatures collected will be much higher than anticipated.
The fight to stop the drilling is now starting, a reminder that on Friday 26th July we are all asked to support the campaign by attending `The Plenary Meeting’ commencing at 10:00am in the Cabildo of Lanzarote, the meeting should last for just one hour, and it is planned to be finished by 11:00am.
Throughout the year there will be continual events where you will be able to show your support. A general informative meeting with simultaneous interpretation is planned for Friday 11th October. Further details will be published.
The Lanzarote Business and Residents Association would like to thank all their members that collaborated and took the time to download the petition forms and gain signatures.