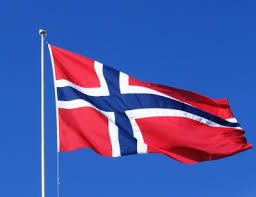 The email I got yesterday from Susan and Tom Senstad is worth sharing with all of you. Susan is an American married to a Norwegian and they spend some months every year in their house in Lanzarote.

Susan says:
“We realize we’re late sending you word that we’re fine, that neither we nor those close to us were injured in the gruesome attacks on Friday. Many of you have sent us worried emails – so please excuse this group message.
I’m shaken by insanity’s diabological “logic,” but I’d rather share a taste of the wisdom of Norway’s response to the murder of its children.
Our public officials have asked us to put compassion first, to nurture each other, listen to each other, put words to our feelings, to respect our vulnerability, to feel our anger and desperation but not allow hate or angst to take over. King Harald, Queen Sonja, their son Crown Prince Haakon and his Mette-Marit all let us see their tears. The King promised that our humanist values would not be shaken.
The Prime Minister Jens Stoltenberg said: “We will meet terror and violence with even more democracy, openness and humanity – though not with naivity.” He quoted a young woman from the Labor Party Youth organization who was present during the attacks, “If one person can show that much hate, imagine how much love we all can show together.”
Here, these aren’t just pretty words. They well up from the depths, spontaneously, with tears, with tender brave hearts, with the force of mature, nuanced goodness.
I feel privileged to be in Norway.
I keep thinking what the U.S. might have become after 9/11 if the vengeful “War-On-Terrorism Crusade” had not been the primary thrust, if we’d had leaders anywhere near the calibre Norway’s leaders, including the young ones, have proved themselves to be these last two days.”