Objective to save the tourism sector 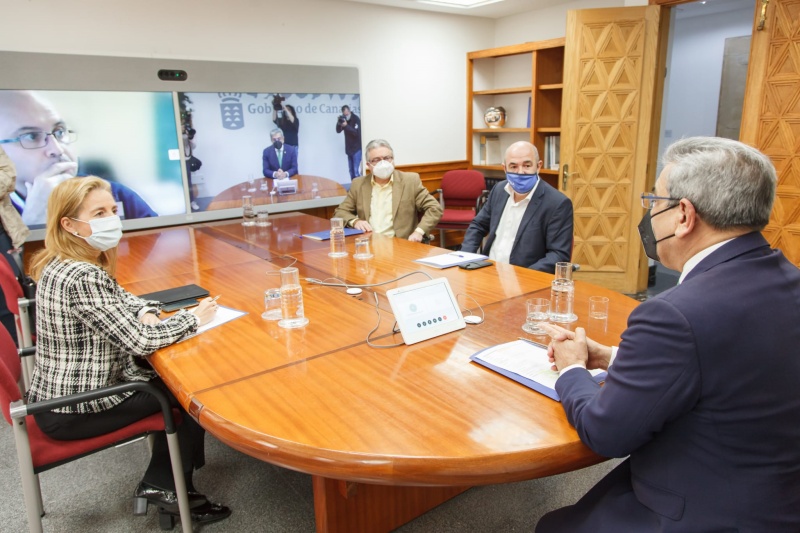 Objective to save the tourism sector

After the meeting, Rodríguez explained that it is about the tourism sector being able to receive the largest possible amount of regional and state subsidies, so that they do not overlap each other.

In this sense, the vice president recalled that the Canary Islands has approved a package of direct aid for 80 million euros, which will be equivalent to the maximum possible percentage of the Real Estate Tax that accommodation centers have to pay to town councils. These grants are part of the Extraordinary Plan launched by the Canary Islands Government and which also include 84 million for SMEs and the self-employed and a tax moratorium, approved on January 28, which will allow an injection of liquidity of 240 million euros.

“This was an approach that the sector sent us in January and that seemed to us a reasonable measure due to its objective condition, something that we have reiterated today, with the specification that we will give aid by workplace and not by business group”, said Rodríguez, who nonetheless assured that the last word will be taken by mutual agreement.

This line of aid granted by the Canarian Government – which completes those granted last year for 95 million euros and those approved a few weeks ago for SMEs and the self-employed for another 85 million – has now been joined by the package approved by the Council of Ministers for the tourism sector, which will be around one million euros.

In this sense, the vice president explained that both the Government and the employers will analyze the decree-law approved by the central Government to find the appropriate fit with the aid of the regional Executive.

Rodríguez recalled that the Canary Islands had been the only territory that, until the approval of the aforementioned decree-law, had approved direct aid for the tourism sector and that it was precisely the Government of the Canary Islands that insisted on repeated occasions before the Central Executive for the authorization of a State aid package. Finally, of the 7,000 million euros approved, the Canary Islands and the Balearic Islands will receive 2,000 million, “which is tremendously important not only from a quantitative point of view, but also because a differentiated treatment has been given to the two archipelagos, precisely the most affected for the coronavirus crisis.

“We are aware – added Rodríguez – of the difficulties that we are going to encounter for the efficient management of these aid, but we are going to try to extract the maximum potential from them.”

During the meeting, the vice-president also explained the sources of financing available to companies within the framework of the European reconstruction plans and elaborated on the need to seek cooperation systems between the different administrations and tourism employers “to capture most of the European funds and make the sector more competitive, sustainable and digital “.

Rodríguez insisted that all this aid has a palliative nature, that in no case can the public administration replace the role of private companies and that the definitive solution is the successful vaccination of the population and the return of mobility.