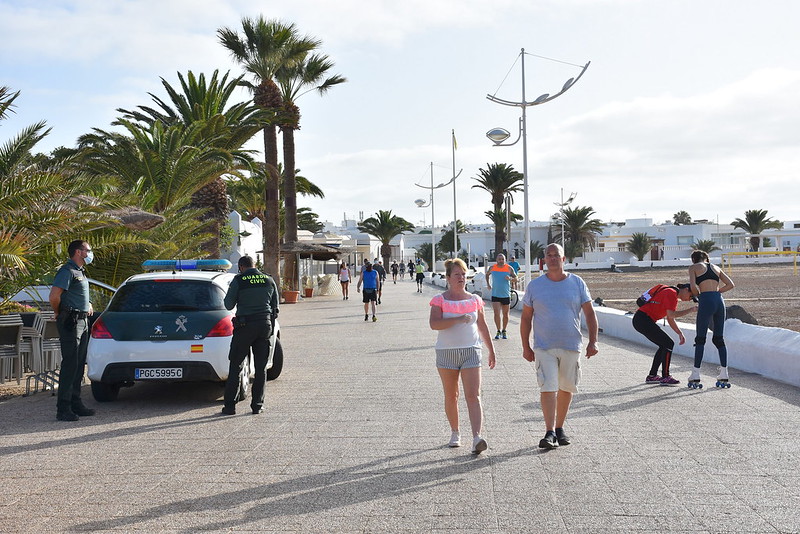 The President of the Government, Pedro Sánchez, has communicated to the regional presidents this Sunday the intention of the Government to eliminate the time slots to carry out certain activities in population centers of up to 10,000 inhabitants, as has been happening in those with 5,000 or less.

Sources from the autonomous governments have confirmed to Efe that Sánchez has communicated this measure to his counterparts in the autonomous communities at the weekly meeting that they hold to follow the evolution of the coronavirus and the de-escalation measures that will take effect this Monday.

The establishment of time slots to carry out activities came into effect on May 2 to regulate certain activities, outings for children, adults and athletes, throughout the territory, with the exception of municipalities with less than 5,000 inhabitants.

This Sunday is the first meeting of Sánchez with the regional presidents after advancing that he will request a fifth extension of the state of alarm and criticism from the Community of Madrid for the decision of the Executive to maintain that territory in phase 0 of the de-escalation.

The meeting takes place on the eve of the extension of phase 1 to the entire territory of 14 communities that comprise 70% of the population and the activation of phase 2 on four islands in the Canary Islands and the Balearic Islands .

She is attended by the Vice President and Minister for the Ecological Transition and the Demographic Challenge, Teresa Ribera; the Minister of Finance and government spokesperson, María Jesús Montero; the Minister of Territorial Policy and Public Function, Carolina Darias; and the Minister of Health, Salvador Illa.