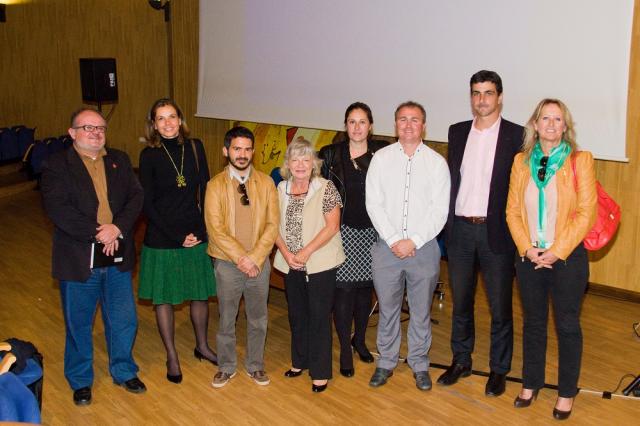 1. Sue Almond opened the meeting and

introduced herself, the guest speakers and welcomed the attendees.

2. Danny Trigg as President of the LBA explained what the meeting was about about, what would be discussed and although it might not be immediately apparent why the individual speaker were attending.

3. Sue introduced Juan Antonio de la Hoz and where necessary Danny translated. Juan Antonio explained his role and his areas of responsibility. He confirmed his support of the LBA and its property project and stressed how important group representation was. He also discussed how important it was for social integration and the legal status for non EU and EU members. He invited all the European residents to take part in local life as a group (as the LBA is one of the associations members of the Consejo Insular del Voluntariado y Asociaciones) or as individuals, by making suggestions, complaints and requests about services provided by the Cabildo via the office of Participación Ciudadana within the Cabildo building.

4. Sue than introduced Traude Gföller. Traude explained how important tourism was for Lanzarote and how it has changed in the 50 years it has existed on the island. She supported fully the LBA and its aims and discussed the importance of the independent traveler, and that the independent travelers market was an area that had been neglected, and that the ayuntamiento is missing out and the current limbo situation has to be faced. She expressed that politicians now see the advantages of developing this area and it is in everyone’s interest to regulate (legalize) the situation. She stressed that the only way to tackle the situation was to work as a unit and that in her view acting independently was not the way forward. She stated that it´s extremely important that the LBA has given this topic the first push, saying “We see the problem, we see a chance to get it solved”, we have to stick behind it and she believes in pushing as a group and little by little. She mentioned the pressure from hotels and the AI,and the fact that we need to fill our restaurants/bars, etc. There followed a number of questions and answers.

5. Sue then introduced Judit Betancort the LBA appointed lawyer and Alejandro Muñoz the LBA appointed architect for the property project and explained that due to legality they would not be able to answer any questions at this stage. The purpose of her presentation was explain the current legal status considering the amendments made to the law last year.

Judit has been studying the law and gave a power point presentation, highlighting why the situation had occurred and saying that basically what became apparent was that prior to the changes to the law in 2013 there was a general “confusion” which left a loophole that benefited the owners. However when the new legislation came into force in 2013 it became clear that the law considered anyone renting a private villa for touristic use was acting illegally and risked being fined. It is important to be aware that there is a need to distinguish between residential and touristic areas. Residential and tourist land are different categories and tourist land can only be developed in existing tourist areas: Playa Blanca, Puerto del Carmen, Costa Teguise, Famara, Puerto Calero, La Santa etc. If you have a villa in a tourist area you have to legalize it and pay taxes etc, this depends on the villa being on tourist or residential “soil” There may be some villas that will not be allowed to be legalized so legally they cannot be let at the moment. It may be possible to lobby for further amendments and develop new categories ie bed and breakfast. There was potential to lobby for property outside the tourist areas, and proposal of new categories. It was explained that due to the extensive work the “legal team” had done there are now clear ways on how to move forward and legalize villas, and that Danny would talk more about this at the end of the meeting.

6. Sue then introduced Abraham Manuel Nuez Herrera, Director of Banco Popular. Abraham informed the meeting that the Canarian Government recently announced that they have allocated 200 million Euros in loans for anyone connected with the tourism industry? The loans are available for individuals or businesses; the main provision is that they are involved in tourism. Funding was available for developing and making improvements to properties which could benefit owners wishing to legalize their properties. He stated that it was his opinion that the “crisis” that had affected everyone over the last 5 years was over and that Banco Popular was keen to back the tourist business.

7. Sue then welcomed Lourdes Cabrera Díaz. Lourdes expressed her thanks and support to the LBA and explained that Teguise were in the process of signing an agreement with the LBA that would see the LBA becoming the link for foreigners to be able to communicate fully with Teguise Ayuntamiento, and that problems would get to the correct departments and be dealt with quicker. She discussed that Teguise have plans to deal with the unfinished derelict buildings in the area. She also explained that the Cabilido assumed information was getting to people but that 40,000 of the 140,000 population are not Spanish first language speakers and that they are working on this as it is unacceptable to have 40% of the population not involved in the development of the island. She said they are well aware of the fact that the biggest barrier in communication is the language and the fact that even when there is a lot of information on the media it does not always get to the non Spanish speaker.

8. The LBA President Danny then addressed the meeting, he discussed what had been said and it was generally agreed that everyone could see why it was important to have the individual speakers and how they all connected to the wider picture and the aims to legalize villa rentals. He explained that the good news is that following the extensive work the “legal team” had done it had become clear that there were solutions and ways that owners could start the process to legalize their properties. He explained that the municipalities had to have their “plans” which for Tias had been done; hence we were able to use this area to “road test” our project, and the results have been great and we can now move to legalize properties. Teguise are in the process of finalizing their plans but Playa Blanca were still being drafted due to various legal problems. It became clear that owners in the Los Mojones and Risco Prieto areas were still not sure how to proceed and further information is now available for them.

To summarize; For everyone in a touristic area our “legal team” have done the work, the “road map” is complete and is ready to roll, the support group and back up is in place and most importantly yes there are ways to legalize your villa subject to meeting certain criteria. What many owners can do is to apply for re classification of land. The plot can only be residential or tourist. For example the “duality” that has been allowed in Los Mojones and Risco Prieto is that it allows for an area with residential plots and tourist places in one place (not that each of them has two uses).

For properties in non touristic areas the only way forward at the moment is to challenge the law and make amendments. There are two types of action to be taken: Lobby, and the legal procedure. We´ve had all the meetings with the different levels of authority, we asked for a mechanism and we achieved our goal even if it´s not 100% of what people asked for: there is now a legal process to be followed.

There then followed a fairly lengthy question and answer session; what became clear was that owners were confused by the terms in respect of re classification of land and that owners in the Los Mojones and Risco Prieto areas were uncertain of how next to proceed.

For owners in these two areas the following applies; the legal team has now produced a road map for the Los Mojones and Risco Prieto areas and a step by step process of how next to proceed.

Owners need to understand/be aware of the following:

• Legalization is not automatic: there is a process to follow and steps that are not necessarily the same for each property

• If owners want to continue and become legal then they need to take action and set the process in motion, by consulting and hiring the professionals who will do whatever is needed in each case

• Owners can of course seek independent advice but by being part of a collective will save on costs and time scales.

The meeting then closed.