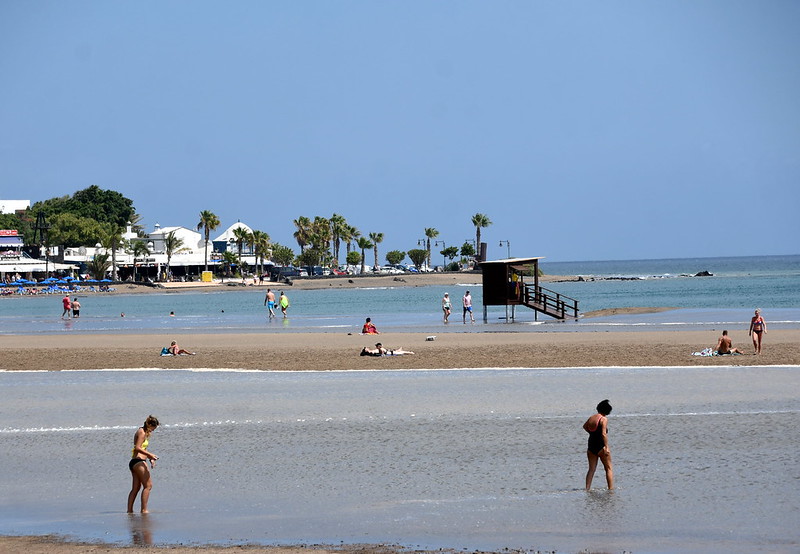 Thanks to Lancelot Digital

At the beginning of the summer, the Canaries took the de-escalation “somewhat happily”, especially on the islands where the first wave had not hit hard, such as Gran Canaria and Lanzarote, and then there was a “great scare” in mid-August due to the proliferation of cases followed by a determined reaction.

The speed in the adoption of measures, the citizen commitment to follow them and the high degree of political consensus have been fundamental factors in pushing back the curve since the beginning of September in the Canary Islands, according to the hypotheses handled by Amós García Rojas, head of the Epidemiology section and Prevention of the General Directorate of Public Health of the Government of the Canary Islands.

The Canary Islands is the Spanish region with the lowest incidence of covid-19 at this time, with 79.41 cases diagnosed per 100,000 inhabitants in the last 14 days; for now it is the only one that has managed to lower than one hundred cases in the second wave and when the country’s average is 322.94 (data from October 20 from the Ministry of Health).

There are those who speak of the “miracle of the Canary Islands”, but “in science there are no miracles, there may be luck, and above all work, analysis, commitment and responsibility”, comments to Efe García Rojas, president of the Spanish Association of Vaccination.

For now, everything that has to do with the different evolution of the virus in different territories are hypotheses that have to be studied “as soon as the pandemic allows it”, points out this epidemiologist, known on social networks for his slogan “Calm and patience: + Prudence “.

But what he has “no doubt” is that “the fight” in which national politics has been installed, the “grotesque scenario” without European comparison that occurs in Spain due to the use of the pandemic as a political weapon, it is doing “great damage to the credibility of public health interventions against the coronavirus and to the follow-up of the recommendations by the public.”

In pandemic situations, it is essential to join forces to convey “a common and sensible discourse to the citizens.” The fact that in the Canary Islands the “political noise” about the measures adopted is “very low” and the positions between the parties are “constructive” is a “key factor” for control, in García Rojas’ opinion.

It has not been the only factor, indicates the expert, for whom as a result of the cases soaring in mid-August, especially in Gran Canaria and Lanzarote, measures were adopted very quickly, such as the closure of nightlife or the limitation of the meetings to ten people, and that contributed to the control.

The second wave also ran into a “well-oiled health system” and a well-resourced network of trackers.

The insular geographic factor is also a very important point in the control of the covid, because it helps to better sectoralize public health measures depending on the intensity of the pandemic in each territory.

Thus, most of the islands are now on a “green traffic light”, according to the nomenclature adopted in the archipelago. Only Tenerife continues this week with the red traffic light due to the increase in cases in the metropolitan area, especially in La Laguna.

This prevalence of lagoons, in the absence of corroborating studies, may be related to the start of the course at the University of La Laguna on October 5, since in the profile of new infections the ages of 20 to 29 predominate, compared to the general from 40 to 49 in the whole of the Canary Islands.

In controlling the second wave, the speed in the adoption of measures was added to the high “commitment” of the citizens when it comes to complying with the new restrictions, something that is also related to the coherence of the messages that are transmitted from the institutions.

Citizens were shocked after at first, when the alert state was lifted, there were sectors that acted “somewhat cheerfully”, precisely on the islands that suffered the least from the first attack.

“Now that we are at a green traffic light” almost on all the islands “we must remember that the road is very complicated, that it has many curves, that we cannot lower our guard, that we have to continue in tension”, underlines the head of Canary Island Epidemiology .