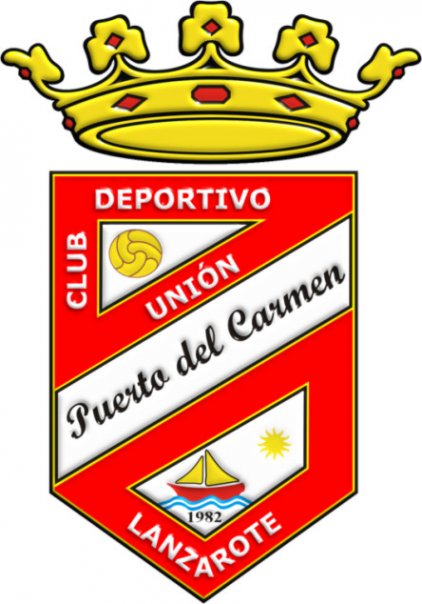 Club Deportivo Unión Puerto del Carmen: Plans for the coming season and beyond

Over the last two seasons Puerto del Carmen FC have been at the forefront of youth development here in the Tias/Pto del Carmen area as well as in Lanzarote in general. You only have to look at the numbers of players at the club, they have been growing steadily from

just over a hundred, 3 years ago, to between 180 and 200 players for the coming season.
This has been due to various factors, such as the fact that Pto del Carmen (PDC) is truly a cosmopolitan club with representation from many different nationalities, where on any given day you are as likely to find English being spoken as Spanish. In fact PDC is the only club in Lanzarote that has English directors as well as coaches working on a daily basis.

However the major reason why PDC are one of the fastest growing clubs on the island is that they are broadening the horizon’s of their players by constantly working to bring professional clubs to Pto del Carmen. In July 2102 Cardiff City Development squad were here for pre-season training.
In June 2013 Watford FC brought their Academy under 18 team over and coming in August we are having our first Summer Soccer Camp, in association with Stoke City FC, for anyone interested between the ages of 6-15, with a view to a longer term relationship. Which will include lectures, coaches education, parents seminars, coaching clinics as well as more soccer schools. They will also be on the look out for any potential footballing talent for the future.

In all these cases PDC players were given and will be given the opportunity to experience professional level coaching as well as pitting themselves against players who play at a professional club. We, here at PDC, feel that it is paramount that the players under our supervision, receive the best guidance in all aspects of football, with the most important being the illusion that one day they might be good enough to play at the highest level.
However, they need to know where that level is, they have to be looking at the bar and saying ‘I am going to reach that bar and go over it’, but they can’t do this if they have never seen or even had a reference as to where they need to be to reach that goal. Right now, before we have even started our Soccer Camp with Stoke City we are in communication with Liverpool FC International Academies hoping to organise a soccer school with them in June/July 2014.

We are always looking to improve our performance as a club in the development of young footballers and this season we are introducing our ‘Mini’s Club’. This club will be our youngest age group for kids between the ages of 4 and 6 years old. They will receive two sessions a week where they will be coached the bio-mechanics needed to become footballers with a mixture of fun football orientated exercises and games.
All the other age groups – under 8, under 10, under 12, under 14, under 16 and under 19 all receive three sessions a week plus matches every weekend and have a strict policy of individual technique and contact time with the ball uppermost in our coaches sessions. This in turn allows the coaches to apply the principle doctorate of the club of playing possession football with the ball on the floor, what we call ‘control – pass – move’.

With reference to the coaches, PDC FC is the only club in Lanzarote that has 3, Spanish FA, level 2 (UEFA A) qualified coaches, Guardiola, former Barcelona coach has Level 3 (UEFA Pro). That just shows you how serious we are about our youth development which is underlined by the appointment of Jack Talbot as our Head of Youth development for the 4 year old to 12 year old age groups. He will be putting his vast experience, 20 years as player and coach in Lanzarote, to work to take Pto del Carmen FC to the next level.

If you would like to be a part of what will be an unbelievable season at Pto del Carmen or you would like you boy or girl to join our soccer camp with Stoke City, you can contact Jack on 670 806 223 or email him at jacktalbot6@gmail.com.