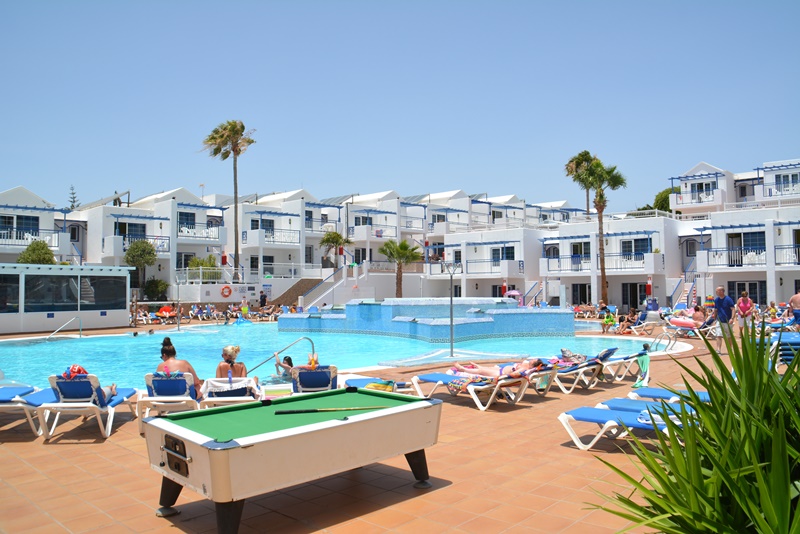 After three years of economic bonanza, the insular tourism faces the dilemma of being profitable without the island losing its charm

The tourist sector of Lanzarote faces one of its greatest challenges, to show that during its best time they have been able to do their homework. And is that, after three consecutive years of real economic bonanza and to achieve levels of occupation as in their best times, the sector, both at island and regional level, faces the challenge of remaining profitable without increasing excess beds.

The data make it clear, the latest study ‘IMPACTUR Canarias 2017’, already ratified the role played by the tourism industry as the main driving force of the economy and employment in the Canary Islands in the last 7 years. In figures, this represents a profit for the Canary Islands of 5,419 million euros since 2010 (774 million annually), at an average annual rate of growth of 6.3%, which has generated 94 thousand jobs in those seven years , which is 4.9% in annual average, compensating the loss of jobs in other branches of activity and making it possible to recover the employability levels in the Canary Islands before the crisis.

These impressive figures make the challenge, now that the sector is stabilizing and the arrival of tourists has been balanced, much higher. The key, according to all experts, is to increase the quality so that tourism continues to be attracted to the Canary Islands, in general and Lanzarote, in particular, as a destination. This challenge arises in a complex moment for the unknowns open with the British market and because, the possible increase of some tariffs on the part of the air companies, picaresque that many suspect that it can take place as a result of the discount of 75 percent of which they benefit Canarian residents, could harm the arrival of peninsular tourism.

This year began in a positive way, and the arrival of tourists to Lanzarote was maintained in the first quarter of 2018 compared to 2017 despite the general decline in the tourist influx to the archipelago. In fact, according to sources from the Canary Islands Statistics Institute (ISTAC), provided by Promotur Turismo de Canarias, between January and April the island registered an entry of 933,109 tourists, 0.6% more than in the same months of last year.

In this sense, the Minister of Tourism Promotion of the Cabildo of Lanzarote, Ángel Vázquez warned that it was time for Lanzarote to put all the meat in the spit to distinguish itself from its competitors. “Given the recovery of other markets with very aggressive prices, with which we do not want to compete because our bet will continue to attract more and more tourists of high purchasing power, it will be inevitable that there will be a decrease in the tourist influx as well as already happens in the rest of the Archipelago. “

In any case, the commitment to the quality of the island is clear and the facts prove it. The island leads the Canary ranking of growth of four and five star hotels, going from 20,254 in 2009 to 29,044, just nine years later. This supposes a growth of 8,790 squares in this time and places to the Island of the Volcanoes to the head, followed by Gran Canaria that counts in this time with 7,663 more hotels, and followed of far by Tenerife, La Palma and, in last place , for Fuerteventura, an island where only four and five star hotels have increased in 397 places in these nine years.

Lanzarote has almost 9,000 more accommodation spaces in the last nine years, but these places have not been increased without more, which has increased is the offer of high quality, according to the lines drawn by the Cabildo and the Tourist Board , for an offer in accordance with quality tourism and high purchasing power to which the island is to be directed. No more tourists, but with greater spending capacity.

In fact, of the many five-star hotels that have been launched in the Canary Islands at this time, five have opened in Lanzarote. This does not mean that the accommodation spaces have been increased. On the contrary, in the offer of lower quality, between one and three stars, the island has reduced some 1,288 beds, establishing a commitment to quality, since it has about 48 four-star hotels, according to Asolan.

It is therefore committed to new proposals, boutique hotels, hotels specializing in sporting events, gastronomic or any other. Quality, once again, above quantity. The bet of the Hotel Fariones passing from four to five stars-luxury is the example to follow.

To all this situation are added the constant modernization plans of the island that seek to rehabilitate certain quality hotels but with the passage of time they have become obsolete. Examples of this are hotels such as La isla y el Mar, the Fariones Hotel, the Be Live Lanzarote Resort Hotel in Costa Teguise or the H10 Rubicon Palace.

In the report ‘IMPACTUR Canarias 2017’ are indicated as the challenges that the archipelago will face in the coming years the recovery of competitors, the final result of the process of disconnection of the European Union from the British market (BREXIT), together with the accumulated depreciation of the pound, the upward trend in oil prices and the management of the carrying capacity of Canarian destinations in view of the expected growth in world tourism demand or digital transformation.

Tourism of Congresses on the rise

The bet of Lanzarote for the tourism of Congresses is clear, since it is a segment in which the tourist spends a lot. In fact, this tourism, despite the fact that it is only 0.2% of the total number of tourists that visit the Islands annually, leaves much more income since the expenditure per traveler is significantly higher than the holiday. Thus, the average daily outlay associated with the trip is at an average of 175.47 euros, while the vacationer spends an average of 133.60 euros per day.