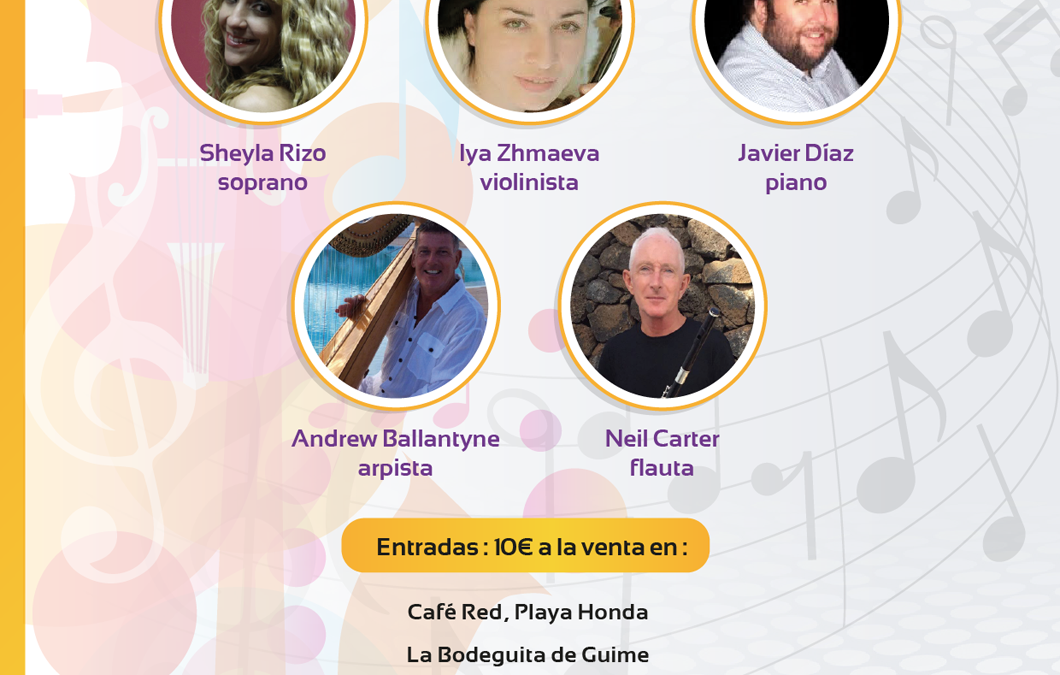 A date for your diary is Saturday 29th October as there will be a very special classical concert in the Convento in Teguise Lanzarote, raising funds for the SARA animal sanctuary in Tahiche.  The concert will not only feature Iya Zhmaeva on violin, Sheyla Rizo, soprano, and Javier Díaz on piano but on this occasion they will also be joined by Andrew Ballantyne, the only harpist on Lanzarote.

Andrew attended the London College of Music for four years gaining an Honours degree and a Fellowship and followed this with a varied career combining recitals with teaching, lecturing and playing for weddings and receptions.  Before moving to Lanzarote, Andrew was resident harpist at the Royal Pavilion Palace in Brighton.  The harp he will be playing is about 40 years old and hand-carved in maple.  Andrew greatly enjoys live performance and bringing this beautiful instrument to a wider audience

Also performing in the concert, on flute, will be Neil Carter, a multi-instrumentalist who has worked in diverse genres throughout his 40-year career. Classically-trained, he became a professional rock musician at the age of 17 and initially had his first “mainstream” experience with singer-songwriter Gilbert O’Sullivan. He subsequently played guitar and keyboards for the hard rock band UFO and blues rock guitarist Gary Moore. In recent years he has developed a different career as both teacher of woodwind (saxophone and clarinet) and as an ABRSM examiner. Neil is now resident in Lanzarote