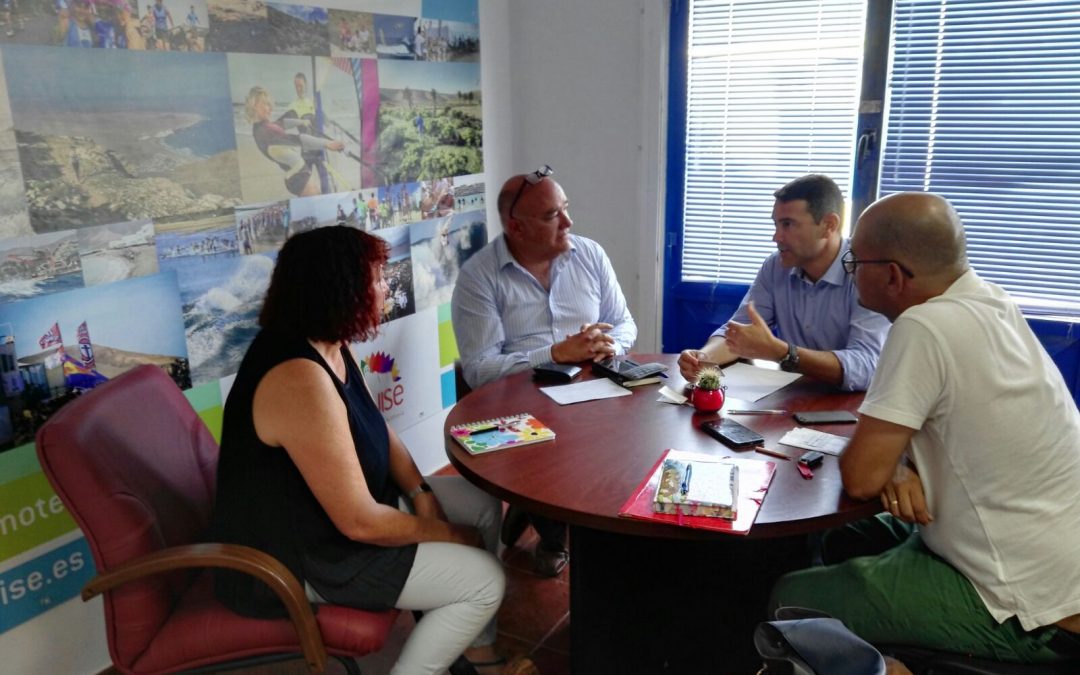 We organised a meeting at Teguise Ayuntamiento this week and invited Lanzarote Information to join us.

We would now like to hopefully clarify the situation regarding the lack of sunbeds/parasols and music in the Pueblo Marinero.

Sunbeds: The beaches are the responsibility of “ Costas” (not the local Ayuntamiento) “Costas” are a Spanish Government Office who maintain control of the beaches and coasts throughout Spain. The contract for the supply of sunbeds had ending and it is the “Costas” who authorise new tenders. Only once they have given their approval can the local Ayuntamiento open the period for tenders. The period for tenders is 10 days, after which there are a further 10 days for the selection process to be completed. Following this the successful company will be announced. Costas had said that they would give authorisation by the beginning/mid July as yet the Ayuntamiento have not received it although it is expected shortly, the conclusion is that until that authorisation is received the Ayuntamiento is unable to act, however it remains high on their list of priorities and they hope to be able to authorise the return of sunbeds and parasols as soon as legally possible.

Music on the Bandstand in Pueblo Marinero:
The Pueblo Marinero is both Residential and commercial, the problem has occurred as a local resident has made a denuncia against the music, this is a legal process that has become a court case. Until the legal process is completed the Ayuntamiento cannot act against the law and authorise music. So unfortunately as stated until the legal process of the denuncia is completed the Ayuntamiento cannot allow music.
We hope this helps to make it clearer for people to understand and would like to thank the Mayor Oswaldo Betancourt and tourism councillor Tony Callero for their assistance this morning.