The association of deaf people opens new headquarters in Arrecife 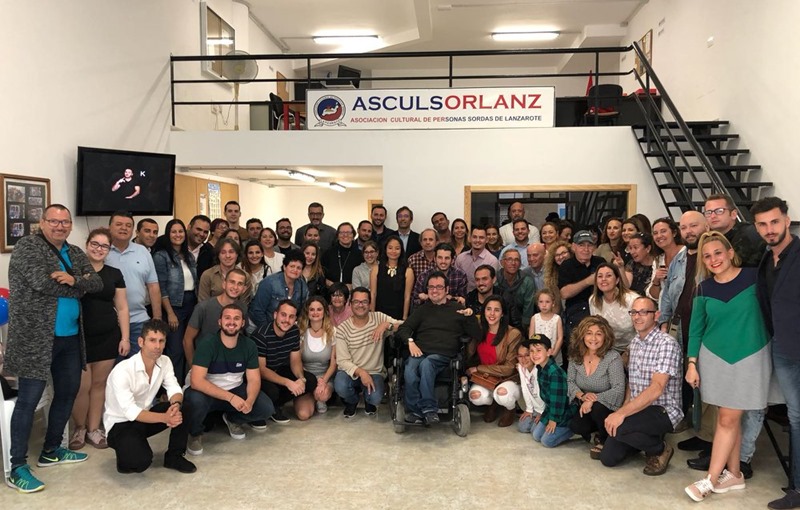 The Cultural Association for the deaf people of Lanzarote , Asculsorlanz, opened last Friday its new headquarters in the capital of the island. A wider space and better conditions that materializes an old vindication of the collective.

The property is located in the center of Arrecife, specifically on Gaviota street in the capital, at the back of Fajardo street, one of the busiest arteries. “We have a room more spacious, comfortable, that responds to the needs of users,” said the president of Asculsorlanz, Daniela Giron.

The opening ceremony brought together many people from the island, including authorities, employees of the entity and representatives of different sectors who wanted to join the celebration. However, the presence of the councilors of the government group in Arrecife, who ignored the call, was missed . And it is that although the entity did not formally attend the Consistory, it did openly through its profile on Facebook, where it was made known about the event.

The president of the Cabildo, Pedro San Ginés, the tourism councilor, Echedey Eugenio, the mayor of Tías, Pancho Hernández, as well as the first mayor of Haría, Marci Acuña, among others, were some of the authorities present at the event.